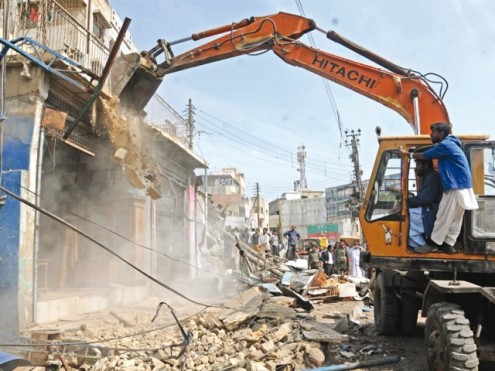 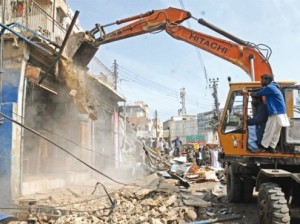 PESHAWAR, May 28: The Peshawar district administration has demolished more than 200 shops and hostels in an operation against encroachments in the Sper Sang and Shagai bazaar areas close to Khyber Agency.

TNN correspondent says the shopkeepers staged protest against the administration during the operation.

An affected shopkeeper told TNN, “We sacrificed a lot. I brought a stay order from the court on May 23, but the administration is not accepting it now.”

The Assistant Commissioner, Mumtaz Ahmad, said the shops and hostels were constructed on government land and that they had issued notices to all of them to shift their goods somewhere else and demolish their shops by themselves.