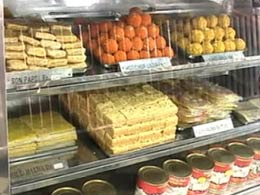 HANGU, May 28: The administration of Hangu district has arrested 30 people in a raid against the shopkeepers who were reportedly overcharging customers and using substandard food items.

TNN correspondent says the administration conducted the raid in Ali Abad, Mian bazaar, Patt bazaar and Haideri market where many were fined as well.

Food Inspector Salahud Din told TNN, “There were hostels, bakeries and the shops selling expired food items. Some butchers and hostels were selling meat on day-off, specified by the government for them. Now we are planning to raid the shops selling substandard drinks.”