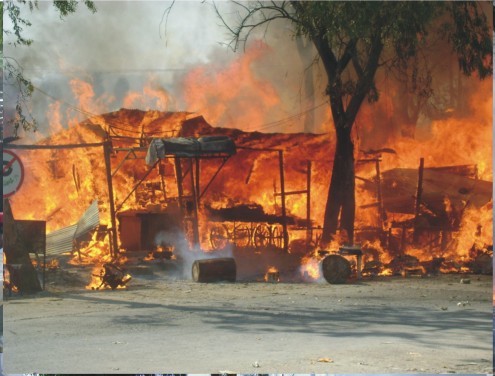 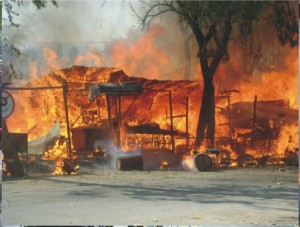 MANSEHRA: July 8: An inferno has reduced about 40 shops to ashes in Shinkiyari Market of Mansehra district.

The police say the fire erupted at a garbage site near a wooden shop and spread in no time.

However, the local residents doused the flames after hectic efforts and saved several big shops.

The police say the shops, which were burnt, include those selling chickens, meat, vegetables and others, causing a loss of about 15 million rupees.