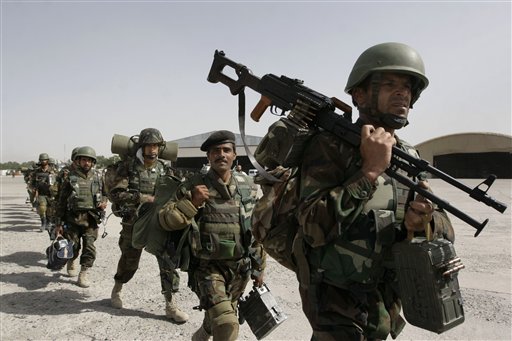 PESHAWAR: Dozens of Afghan soldiers were killed in a clash with Taliban militants in the Maidan Wardak province of Afghanistan on Monday, Afghan media reported.

A high-level provincial official was quoted as saying that the Taliban insurgents stormed the police headquarters in Daimirdad district, killing as many as 68 Afghan National Army personnel. He said the information was divulged to him by a military commander. He said Taliban also suffered many causalities in the attack, but exact information was not available.

Another report quoting a provincial official said the district has completely fallen into the hands of the Taliban after the attack. He said 41 Afghan Army personnel were killed in the attack.

The Taliban spokesman Zabihullah Mujahid claimed the fighters had captured Daimirdad district and killed 70 Afghan soldiers. He also confirmed the killing of four Taliban militants and injuries to six others in the overnight clash.