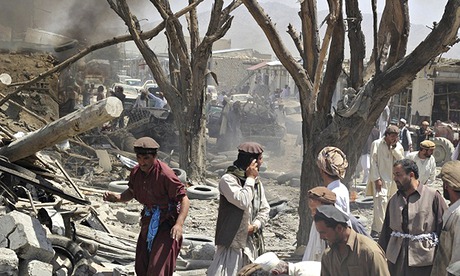 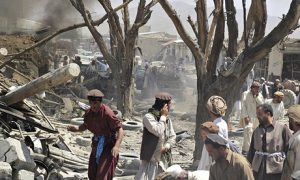 PESHAWAR, July 16: At least 89 people have been killed and dozens injured in a suicide attack at a busy marketplace in Paktika province of Afghanistan.

Afghan media reports quoted a local official as saying that the bomber detonated a car laden with explosives near a busy market in Paktika and that the attack was deadliest since the 2001 US-led invasion.

About 89 people were killed, many others injured and more than 20 shops and vehicles were also destroyed in the attack. The injured were rushed to hospitals.

Gen. Mohammad Zahir Azimi, the Defense Ministry spokesman, was quoted by western media as saying that the bomber detonated explosives as he reached the crowded market in Urgun district in the Paktika province bordering Pakistan. Mr Azimi said more than 40 other people were wounded.

The Afghan Taliban say they are not behind the fresh attack as they issued a statement, saying they “strongly condemn attacks on local people.”