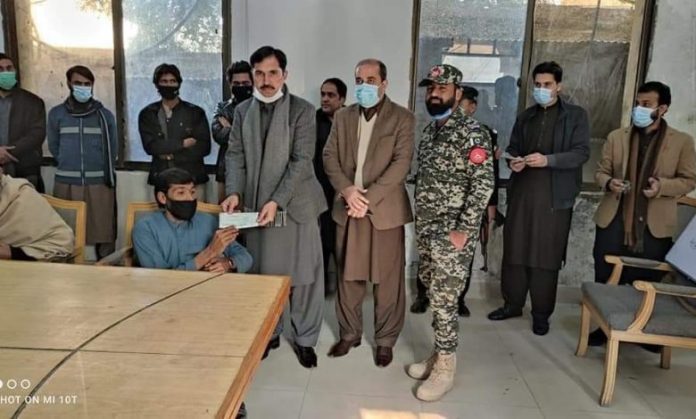 BARA: The district administration of Khyber tribal district on Tuesday distributed compensation cheques among owners of 91 damaged houses in Tirah and Bara.

These houses were damaged during militancy and military operations and a survey of damage assessment was carried out later on to identify the affected people and compensate them accordingly. TNN correspondent reported that a total amount of Rs29.2 million was distributed among 91 affected people of Akakhel, Kamarkhel, Shalobar and Qambarkhel tribes.

According to the CLCP, Rs2.777.04 million have been distributed among affectees of militancy and military operations in merged tribal districts so far. The affectees of Khyber tribal district have so far received 2.77 billion. The affected persons included 5,385 those whose houses were completely damaged, while owners 3,894 partially damaged houses have also received compensation in Khyber.

However, there are still many people in merged districts, who have not received compensation yet.

He said the affected people of the areas where survey of damaged houses has been completed must be released immediately.

Last month, the owners of damaged houses and properties held a protest demonstration in Bara Bazaar in favour of their demands of initiation of survey of damages and release of compensation cheques.

The protest was led by Awami Inqilabi League president Attaullah Afridi and attended by other office-holders, tribal elders and youth in large number. The major demands of the protesters from the Khyber Pakhtunkhwa government and district administration included release of compensation cheques after survey of 7,000 damaged houses, fresh survey and availability of female staff for distribution of aid under Sada-e-Amn Package.