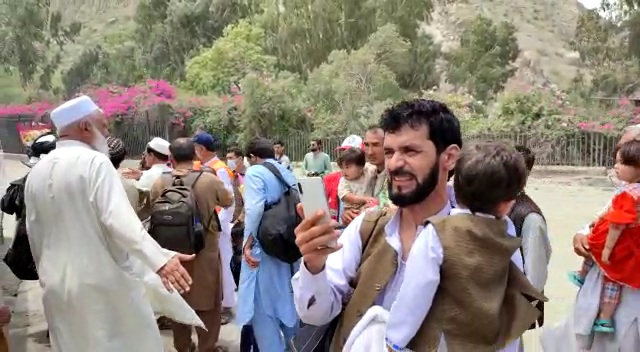 Nine Afghan children with the congenital heart diseases have arrived in Lahore for their treatment and will undergo examination on Monday before finalization of day of surgery.

Earlier on Friday, Al Khidmat Foundation had received the ailing kids at the Torkham Border who were born with heart problems. These children will be treated in Pakistan without cost.

Initially Al-Khidmat Foundation will arrange surgeries of 40 Afghan children which will be later expended to the treatment of about 1500 such patients.

Children from Mazar Sharif, Kanduz, Ghazni, Takhar and other parts of the country were among those arrived in Pakistan for treatment.  The children were received by the Al-Khidmat Foundation at the Torkham crossing with the collaboration of Pak-Afghan Cooperation Forum.

The children will undergo surgery in Lahore.

PACF chairman Habibullah Khattak at this occasion said that nine children have arrived in Pakistan in the first phase. He said that the prominent heart surgeon Dr Asim will examine these patients before suregery.

All the children suffering from the congenital heart diseases are less than 10 years old. Shahmsheerur Rehman, father of one of the patients from Ghazni said that his country lacked treatment facilities for major diesaes.

Therefore, he said that were dependent on Pakistani hospitals for treatment of their children heart problems.

He said that the free treatment was no less than a blessing.
Doran Gul, a resident of Mazar Sharif, whose five years old daughter Munaza Gul is also among the patients said that most of the Afghans were trying to come to Pakistan for treatment.  However, he said that they were there visa and movement problems at the border.

He said that previously CHD patients were treated in India which was not possible in the current situation.

He thanked Pakistani authorities for providing free treatment to these children.

Al-Khidmat Foundation vice president and prominent cardiologist Dr Abdul Malik at this occasion said that these children were passing through difficult time due to the CHD.

Besides, he said that CHD treatment was also very expensive; however, Pakistani government, Al-Khidmat and Pakistan Medical Association were bearing responsibility for their treatment.

Besides, he added that they were also in talks with Afghan authorities regarding training of doctors, nurses and paramedics staff and provide modern machinery to country’s hospitals.

Earlier Afghan authorities had asked for the Al-Khidmat Health Foundation chairman for treatment of the CHD patients in Pakistan during his visit to Pakistan.