Home Features & Interviews Afzal and Hasnain, the cousins who left this abode together in Koocha...
Facebook
Twitter
WhatsApp
Linkedin
Email 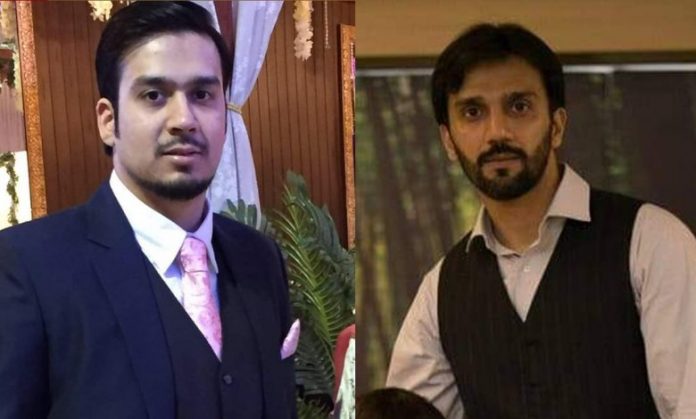 Last Thursday, Syed Muhammad Afzal was promoted to post of manger of bank branch. He promised treat to his family and friends on the weekend. The next day he went to the Koocha Risaldar mosque to offer Friday prayers.

His brother-in-law Syed Aniq Hasnain was also with him on that fateful day. Besides they were also first cousins.

Mr Afzal sat in the way leading to the mosque due to lack of space inside and Mr Hasnain also unfurled his prayer mat at the same spot and sat with him. Syed Waseem Haider, his cousin and son of paternal aunt when entered the mosque along with his minor son and upon seeing Mr Afzal and Hussain asked them to go up to second storey of the mosque.

When Mr Afzal stood up to leave for the second floor, Aniq who had leg pain, asked him to pray at the same spot where they were sitting. Another friend Muhammad Abbas also asked him to go to the second storey; however, he preferred to stay with Mr Aniq.

Moments later, a suicide bomber entered the mosque and detonated explosives strapped to his body, killing both friends and relatives at the spot.

Mr Afzal has left behind three children including two daughters and a son aged between three to seven years. On the other hand, Mr Aniq had no children.

Mr Afzal’s younger brother had sometimes back to ask him to relocate to Islamabad due to the security situation; however, his father did not allow him to leave the city. On the fateful day, Mr Afzal’s old father shouldered he coffin of his young son to his grave.

Testing time for the family

The death of both cousins, who were also married to each other sisters, has unloaded immense grief on the family. Mr Afzal’s mother is alive and had to live with the grief of his young son for rest of her life. On the other hand, Mr Aniq’s mother had passed away.

The hardest part has befallen on the Mr Afzal’s mother, who at one hand has lost her young son while on the other hand also her son-in-law.

Besides, her daughter in law also has live to with loss of her husband. Besides, she also has the look after the responsibility of her three orphaned grand children.

Koocha Risaldar’s suicide attack brought back the painful memories of the attack on the Army Public School, when entire city was flooded with notices announcing deaths in all parts of the city. Similar situation was witnessed following the Koocha Risaldar attack as people were several parts of the city had lost their lives in the suicide attack. In some localities, even several people lost their lives from the same streets and families, which had drowned entire localities into grief.

On the other hand, city police has claimed breakthrough in the investigation and some people have been also detained in connection with the blast.

The blast has killed 64 people were over 190 others were wounded.