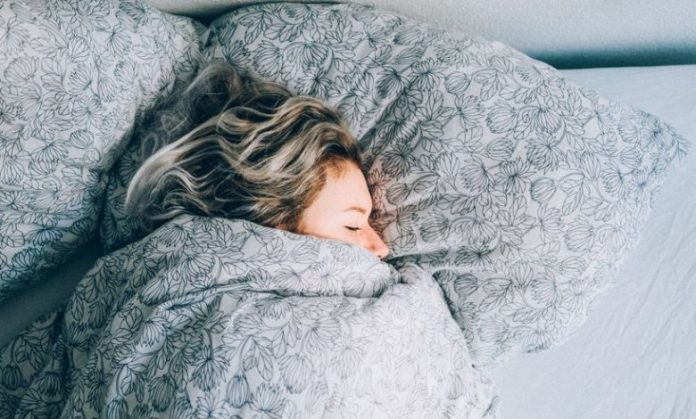 Sometime while sleeping, our eyes open with a sudden jerk. These shocks are called hypnic jerks, which has no known medical etiology but not dangerous.

However, doctors point out that the hypnic jerks are harmless and someone experiencing them does not need seek treatment, unless these jerks are not associated with disorientation, injury pain or confusion. Hypnic jerks, apparently occur due to involuntary twitching of one or two muscles while one is sleeping. It happens when is one is transitioning from wakefulness to sleep.

Hypnic jerks are a type of involuntary muscle movement called myoclonus. However, the intensity of this jerk could vary and the convulsion due to the jerk send those experiencing to a state of wakefulness.

One may experience other symptoms like falling, slipping or receiving electric shock in hypnic jerk. Similarly a lucid dream or hallucinating about falling down are not symptoms of some illness, however, in their severe form they can result into insomnia.

On the other hand, sleep myoclonus happens when people’s bodies experience jerks during sleep. Authors of a study note that hypnic jerks can happen to people of all ages. In about 60 to 70pc of people this result from exertion, sleeping in uncomfortable position, use of stimulants like coffee tea, nicotine, certain medications that made it difficult to sleep and increase number of tremors.

Similarly, high levels of stress and anxiety also made it difficult to sleep as such an alert mind is easy to be startled into shock.  Researchers using the EEG showed that a specific brain activity known vortices spike coincides with these jerks. Similarly, American Academy of Sleep Medicines says that adults are more likely to face hypnic jerks as compared to children.

How to avoid hypnic jerks

Tough it is impossible to avoid hypnic jerks; however, its instances could be reduced with certain lifestyle changes. Doctors’ point out that avoiding exertion could save us from experiencing hypnic jerks. Similarly, one should try sleeping in quite dark room with suitable temperature. Besides, one needs to keep away the electronic devices out of bedroom and also have fixed sleeping time.

Stimulant like caffeine, tea and chocolate as they can keep up at night. However, one should not take tea and coffee towards the end of the day to overstimulating brain and body. Similarly, nicotine and alcohol also affect sleep and may result into insomnia or hypnic shocks.

Besides, one should also try to stay relax and calm. A bedtime routine like reading, listening to music can help smoothening brain and body.

Similarly using electronic devices also makes one alert and as light emitted by these devices tell body it is daytime. Turning off these lights can help a person in enjoying sound sleep and also reduce the hypnic jerks.