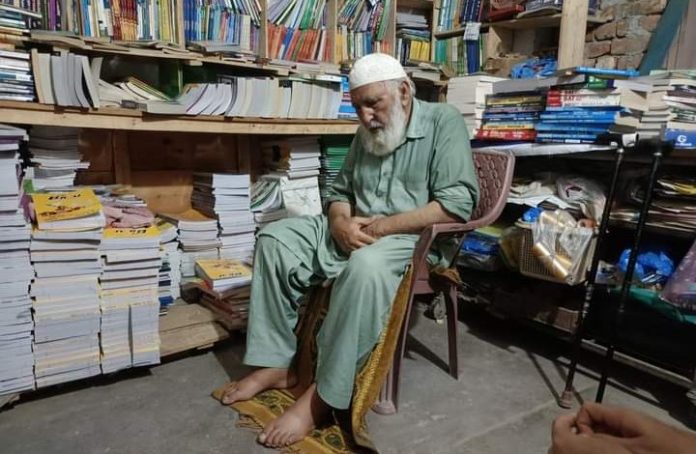 There are some people in this world who dedicates their lives to serve others and despite not earning much money, they are always fondly remembered.

Arzan Chacha, who runs a stationary shops in the Islamic College Peshawar is also one such personality. Besides running his small business, he has also been helping needy students.

He said that he keeps his profit margin very low and even provides free of charge books and other items to poor students during his stay in the college.

He provides books and other stationary items to the students who have no money and pay him soon after they received it from their families.

Arzan Chahca himself being an illiterate, said that wanted to help the youth in their education, therefore, he keeps his profits at lowest so that they would be able to serve their nation.

In addition to this, he also helps Peshawar orphanages.

He said that he was satisfied with his business and derives internal happiness when he sees students attaining knowledge. “This peace has made my life easier,” he said.

Arzan Chacha is regarded very highly by due to his generosity of spirit, devotion and service and everybody prays for his long and healthy life.