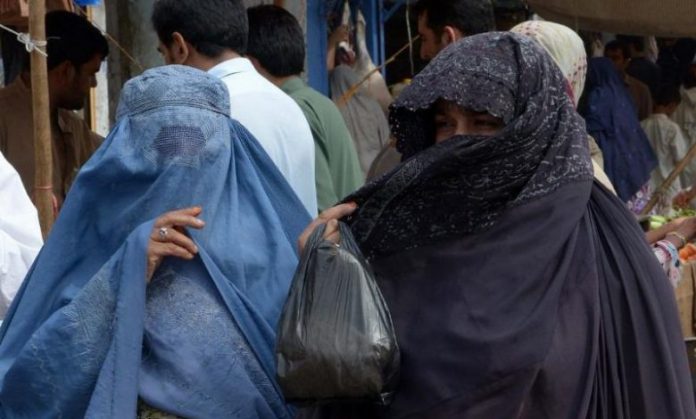 Tribal elders belong to Arang area of Uthmankhel tehsil of Bajaur have disassociated themselves from a pamphlet banning women from venturing into area’s bazaar.

The pamphlet which was widely circulated on social media and issued by a Tauheedabad Welfare Committee had warned women against entering the area’s bazaar without being accompanied by a male relative.

It had said that the traders allowing lonely women inside their shops would be fined Rs 20,000 besides keeping the shop shut for a month.

However, the elders denied issuing any pamphlet. They said that there was no restriction on women’s going to bazaar in the area.

What led to the women’s ban?

On the other hand, sources blamed the video clip of showing a trader’s improper behavior with two sisters who had entered the shop. The source said that later the girls’ father shot dead both his daughters as well as the trader.

They said that ban was put in place after this video had gone viral on social media.

However, the sources also added that after the pamphlet banning women from venturing into bazaar had gone viral on social media, the locals were forced to disassociated themselves from the notice due to NGOs and government pressure.

Mufti Ihsanul Haq, who runs a seminary in Khar area of Bajaur supported the ban. He said women going to bazaar on their own and sitting with traders was against the tribal culture.

Mufti Haq said that they support the Arang tribesmen on this decision.

On the other hand, Murad Sajid, chairman of Arang village council said there was no truth to reports of banning women from bazaars.

He said that being the village council chairperson he had no knowledge of any ban.

Besides, he said that in the local culture women even cannot go to bazaar without being accompanied by a male relative.

“The pamphlet circulating on social media is fake,” he said.

However, district administration has not yet commented on this issue.