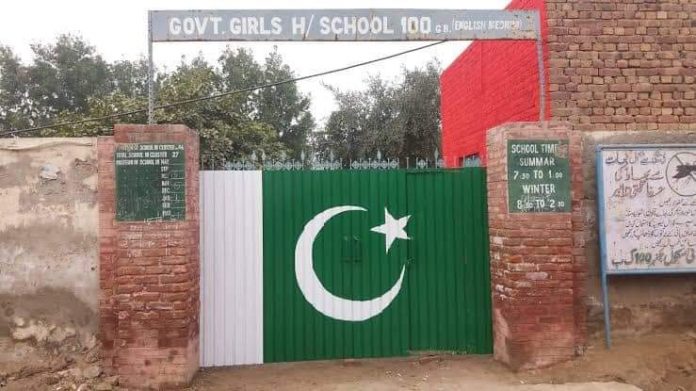 A female six grader from the Inayat Killay area of the Bajaur district has quit school after being humiliated by teachers in front of other students after her commented on a social media about lack of facilities at the school.

Nizam, father of the minor girl told TNN that he had commented on a social media regarding absence of facilities at the school.

“The principal and teachers took my daughter to all the classrooms and called her daughter ignorant and daughter of an ignorant person,” he said.

The girl quit school following this humiliating behavior of the teachers.

Mr Nizam said that his daughter was not ready to go to school anymore and instating on attending madrassah.

“She is very intelligent and sensitive child and currently facing intense mental agony over the teachers treatment of her,” he said.

The minor was a student of sixth grade at the government girls high school.

Mr Nizam said that a local of Salarzai area had shared a post about absence of facilities at the girls’ high school on social media.

He said that the author of the post deleted his post after being threatened by brother of the one of teachers. “I also commented on the same post about absence of amenities like water, electricity and fans in the school,” he said.

Mr Nizam said that someone took screenshot of his  comment and shared with the teachers. He said that when her daughter arrived at school, the teachers first berated her for her father comment and then took her to other classrooms, humiliating her before other students.

Mr Nizam said that earlier at a function attended by the MNA Gul Zafar and district education officer, locals had complained about the school teachers’ behavior and absence of amenities in the school.

He said that at this occasion, some locals also asked the DEO to visit the school and see the situation of the school for him.

However, he said that the ADEO at this occasion commented that there was transformer installed at the school and it was due to the apathy of its administration there was no electricity available for the students.

Mr Nizam said that when this issue was brought to the attention of the DEO Male Bajaur, he said that due to the unavailability of DEO female, they were facing problems in monitoring schools.

The official said that he could not visit the female school and would sent a female official for inspection.

DEO office Bajaur when approached for comments said that they have received complaint about the maltreatment of the female student by teachers.

The office said that due to unavailability of DEO female, area schools were facing issues as male officials could not visit female schools due to cultural sensitivities.

The post of DEO female Bajaur is lying vacant for a long time which besides other problems has also halted the appointment of new female teachers as well.