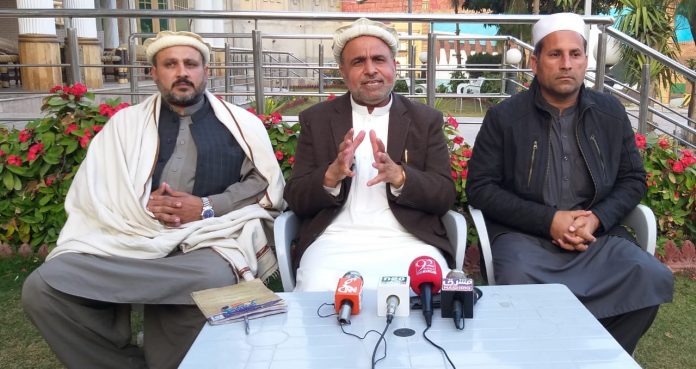 BARA: Tehreek-e-Islahat Pakistan chief and former member National Assembly Al-Haaj Shah Jee Gul Afridi said on Friday that the Khyber Pakhtunkhwa cabinet meeting in the Khyber tribal district was a good step and benefits of the mainstreaming have started appearing.

Addressing a press conference at his residence, Shah Jee criticized the federal government, saying it has failed to give relief to the masses. He said the government is continuously deceiving the masses through hollow slogans. He said inflation rate has increased further due to increasing dollar rate.

Shah Jee said former president of Pakistan and co-chairman of the Pakistan People’s Party Asif Ali Zardari in a recent meeting with him showed interest in the issue of NFC Award share for the tribal districts.

To a question about Afghan peace process, he said the people of the tribal districts fully support the peace initiative. He said peace in Afghanistan is vital for peace in Pakistan. He said he also fully supports the fencing of the Pak-Afghan border to stop infiltration of terrorists and better border management.