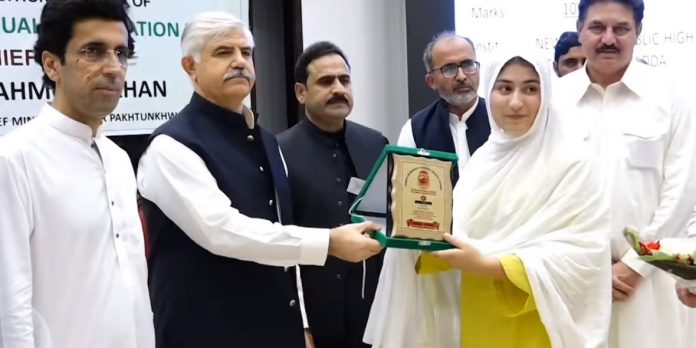 Board of Intermediate and Secondary Education (BISE)Peshawar has announced the results of Annual Examination for Secondary School Certificate Part-II for the year 2022.

Addressing the ceremony, the chief minister felicitated the position holders, their parents, teachers and school administrations and said that these children are our future and we are going all out to enable them to compete with the children of other countries. “Education is the most important sector for our government because the future of our coming generation depends on it”, he said and added that the provincial government was taking integrated steps to revolutionize the sector of education. He said that launching of second shift in the government schools was the most important step of incumbent provincial government which has resulted in positive impacts on education system.

Touching upon the other initiatives taken by his government, he said that billions of rupees had been spent on providing missing facilities and new furniture in the government schools.

Besides solarization of schools was also in progress whereas important functions of education department were being digitized. The chief minister has also directed the board administrations to take steps for the digitization of the services of their respective boards in order to facilitate the students.

He said that the matter with regard to give the status of mother board to BISE Peshawar was also under consideration adding that the establishment of mother board would be helpful to create uniformity in the exam system across the province. Provincial Minister for education Shahram Khan Tarakai and others also addressed the ceremony.