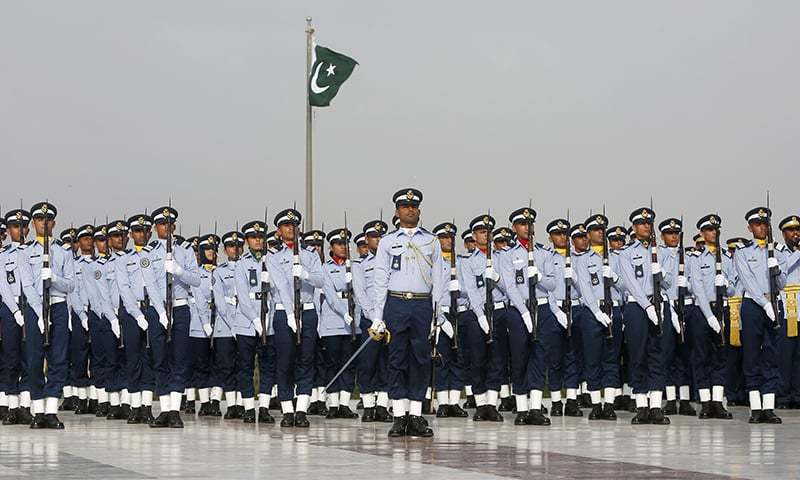 ‘I am the guardian. Even when they sleep, I keep my watch. If you come to take what is ours, I will end what is yours’. Before landing on to the topic , it must be clear to know what are Armed forces? Armed forces are institutions established by the state for the National Defence against exterior threats and internal conflicts. The primary purpose of the Armed forces is national defence, but the mission does not ends here military / Armed forces may call the BackBone of any Nation, let me compile it to Pakistan, and take you back to the date 6th September,1965, when  the armed forces of Pakistan along with the support of whole nation defeated the evil designs of India and defended the homeland.

The valorus soldiers and officers, pilots and sailors proved to the world that they are ever ready to defend every inch of the homeland at all costs. They fought bravely and did not care for their own lives and defended the frontiers by offering remarkable sacrifices. Over the last 73 years, Pakistan Army has remained the most disciplined and responsive institution of the country, which besides defence of the country, also carries a rich history of making sacrifices and contribution towards nation building by assisting the government in various fields. Wether it is Educational sector ,various technical institutions run by the army are being utilised for importing education/training to civilians in civil engineering, telecommunication, aeronautical engineering etc to raise the literacy level.

The Armed forces also runs public schools and colleges and federal government educational institutions. Pakistan Army also shares the economic burden of country by generating industrial and commercial projects and played role in generating revenue for the country, it is only because of  its displayed performance, commitment,and loyalty . In many fields Pakistan army showcased their duties which were well beyond the scope of its role, this is the thought  that Pakistan Armed forces one of the most recognised forces in whole world act as a GUARDIAN for Pakistan.

Additionally,  Pakistan Army has been seen in every crisis management whenever Pakistan faced extreme Disastrous situation, for this let me roll you back to the morning of 8 ,October, 2005 when an earthquake measuring 7.6, the most devastating to hit the region in a century – destroyed towns and villages of Pakistan, leaving more than three million people homeless with 88,000 deaths and over 100,000 injured, according to some reports. More than 10,000 students and school children, and over 1,500 teachers, were immediately killed with over 12,000 schools or colleges damaged or destroyed.

According to report Fifty-thousand troops were deployed. They immediately restored order in affected areas, prevented looting, cleared landslide-affected roads, replaced bridges and re-established communications in the difficult mountainous conditions. According to Captain Dilawar of the Baloch Regiment stated that time “We moved out two hours after the earthquake – the engineers were clearing away the landslides…we are doing surveys and our men are carrying food relief on their own backs…. Even the soldiers are giving money from their salaries. Men on leave came back demanding to be part of the relief.’ Recently, Pakistan is again under disastrous flooding situation and once again Pakistan Armed Forces remained the front line warriors. Pakistan army actively assisting civil administration for smooth relief operation beside it, Pakistan army during flood relief operation covered almost every district hits with flood , including DG khan, Rajanpur, khuzdar, lasbela, sukkur , Kot , DI khan, Tank , Swat , Nowshera, Charsadda , and gilgit Baltistan .

Pakistan armed forces established free medical camps for the treatment of affectees 24/7. Beside it thousands of tents and ration packages have been provided to the people in need. Pakistan armed forces rescued people , families , children stuck in flood affected areas, for which people thanked and appreciated Pakistan army for their relief operation got viral on social media platforms.

Pakistan army is full equipped with organised management to assist the government in the emergencies in medical services, rescue operation and support activities. Army has well trained personnel with professional skills to provide assistance in the emergency of any kind and last but not the least Pakistan Armed Forces have the trust of Nation of Pakistan , and the relation cannot be undo by any external forces.

This blog is contributed by Ms Mahnoor Fakhri Pasha with regard to 6 September, observed as Pakistan defence day.