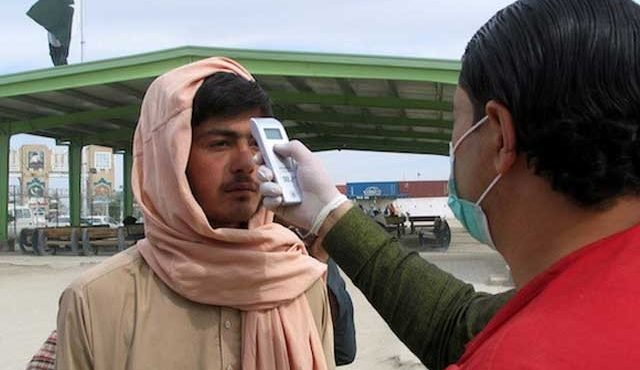 National Command and Operations Center, which was the nerve center of coordinating all Covid-19 activities in Pakistan, announced earlier last month to lift all pandemic related restrictions.

The NCOC said that cases in the country have steadily declined over past many months.

On the other hand, businessmen across Khyber Pakhtunkhwa have welcomed ther return to the normalcy. They said that pandemic has caused significant economic hardship for them.

Haji Azeemullah, who runs a hides’ export-import business on the Pak-Afghan border in Khyber District, said that the pandemic had baldy hurt his business. He said that each shipment of goods cost him Rs 20,000 to Rs 30, 00 in losses.

Besides, Mr Azeem said that the border closure also affected his business. He said initially only about 100 vehicles were allowed to cross border, which was increased following the decline in cases.

He also asked the public to follow the SOPs to avoid the spread of the virus.

On the other hand, businesspeople said that travel restrictions had directly negative impact on travelling industry.

Shaheen Gul, owner of a travel agency in Kurram district said that ticket prices were increased thrice during the pandemic, which was beyond the passengers reach. “Now ticket prices have returned to their normal prices,” he said.

In addition to this, Mr Gul said that during the pandemic, there were many difficulties in getting tickets. However the easing of restrictions has also brought down ticket prices and relived the passengers of obtaining tedious documentation.

On the other due to the reduction in number of Covid-19 patients, hospital wards across the country have now rooms for other patients.

At Saidu Sharif hospital in Swat, now all the beds, allocated to Covid-19 patients are lying emtpty. Dr Majeed, hospital spokesperson said that the numbers of cases have dwindled as less and less cases were being reported.

He said that Covid-19 wards have been abolished and now the patients will be housed in special wards, dedicated for viral illnesses.

Dr Majeed said that there was less possibility of mutation in the virus. “At the start of the pandemic these wards were full of sick people,” he said.

Dr Ikramullah, said that the Covid-19 cases were now even less than 1 per cent and this was health department success.

Regarding vaccination, he said that it reduces the possibility of serious illness after contracting Covid-19. However, he said that Covid-19 virus kept mutating and in the end will be reduced to something like flu and cough.

However, he added that hospitals have been directed not to be totally indifferent to the pathogen and be prepared to in case such a situation arises again.