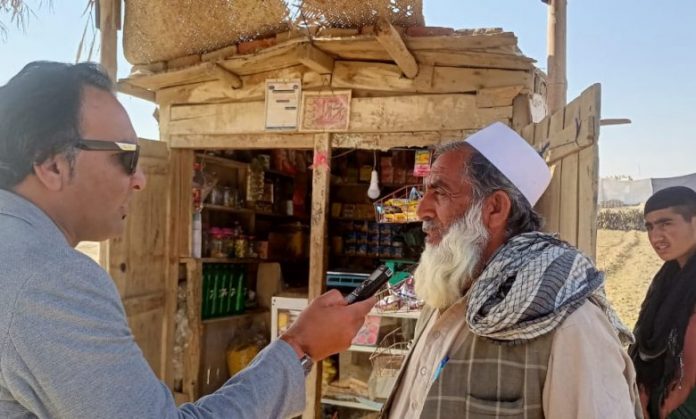 Afghan refugees of Camp Karoona area of Nowshera district are forced to live in tents more than three months after the devastating August floods washed away their houses.

Sarwar Kaka, a resident of Camp Koroona told TNN that the floods washed away about 40 of their mud houses and they were currently living in tents.

“We have lost all our belongings to the flood,” he said.

He said that the before floods, he used to work as laborer. Besides, he said that after the floods, the owner of the land did not allowed to construct his home on the same piece and was planning to sell it. “I have on means to reconstruct another house and living in a tent,” he said.

He said that United Nations High Commission for Refugees has donated them the tents while the government has not taken any steps for their rehabilitation.

Abdul Wali, a resident of Kunar province who is currently living in Camp Koroona told TNN that he was living a good life before the floods destroyed everything. “I had a mud house and worked as laborer to earn my break and then suddenly the flood deprived us of everything,” he said.

Wali said that his 10 members’ family was living in a single tent.

Besides, he said that the floods have also destroyed their livelihood and jobs while his children were suffering from seasonal allergies common in winter. “I have no money to treat them,” he said.

He asked the government to extend help to them and reconstruct their destroyed residence to enable their children to live under a roof.

The refugees living in camp Karoona area said that post floods, their lives were very difficult and Pakistani government also did not extend much help to them.

“Since we have no votes; therefore, government is not paying any attention to our woes,” one of the refugees said.

Provincial Disaster Management Authority (PDMA) said that floods killed 193 people in the province while 251 others were injured. In addition to this, the floods destroyed around 19748 homes, hotels and other infrastructure.

A total of 10761 houses were completely destroyed while 8987 others were partially damaged.

It is worth mentioning here that the floods have caused damages amounting to US$ 10 billion to Pakistan economy while 1200 people lost their lives. Similarly, 1700 others were injured and 5.5 million houses were also destroyed.