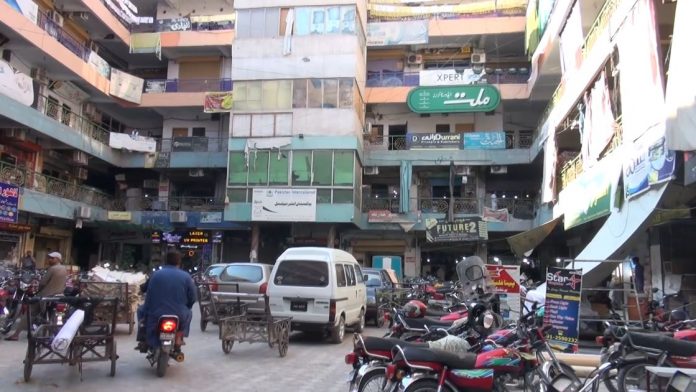 The ongoing political turmoil and ban on girls’ education in Afghanistan has dealt a death blow to printing business of the Mohallah Jangi area of provincial capital.

Mohallah Jangi, located next to the historic Qissa Khawni Bazaar is largest center of book publishing in KP and its printers had in the past printed political campaign materials for contestants of Afghan president post.

Many of the printers in the market told TNN that the former Afghan president Hamid Karzai’s first presidential election’s campaign material was printed in the Mohallah Jangi. In addition to this, many of the private and public schools books as well as Islamic books were printed by the area’s publishers.

Ayazullah, a printing press owner in the market said that he was in the publishing business for past 25 years. He said that ban on education in Afghanistan has also badly affected their business and printing machines were lying idle while laborers were jobless.

Mr Ayaz said that many of the educational institutions started to close down after the Taliban takeover of Afghanistan while on the other hand; ban was imposed on girls study beyond class VI, which has dampened demand for books.

“I am not sure when our machines will start printing again,” he wondered.

Mohallah Jangi Press Market Union said that there were more than 2000 printers were operating in the market and most of them would do Pashto printing according to Afghan standards.

However, printing for Afghanistan has been greatly affected or has completely shut down.

Hayat, another printer in the market, said that he employed 12 people at his outlet. He said that before the Taliban ascendency, he was working on printing of three books for his Afghan client.

Mr Hayat said that orders from Afghanistan were the life line for this market. He said that market provided facilities of designing, composing, printing and binding.

Besides, he said that Afghan clients were also good when it came to payment.

Mr Hayat said that Khyber Pakhtunkhwa government did not give them its contracts to the market and they completely relied on Afghan orders, which have now dried up.

In addition to this, government has also imposed ban on import on some subjects from Afghanistan.

Akbar Shinwari, who operates Kitab Kor shop said that his bookshop was also called the Afghanistan’s book center as it dealt mostly in books dealing with the history, literature, politics and geography of that country.

He said that absence of books on these topics for past one year was causing problems to researchers, writer and students.

He said that there was a ban on import of books on poetry, novel, history and literature from Afghanistan. Mr Shinwari said that most of his customers visited his shop for the same books.

“My shop used to be the go to place for books on Afghanistan; however, my business baldy affected due to the changing situation,” he said.

On the other hand, Kafeel Qurban, a Quetta bookseller said that books on Afghanistan’s history, politics and geography sell in great numbers in Balochistan.

However, he said that for the past one year, the import of books has been banned due to changing political situation. “The number of Pashto readers has declined while Urdu books demands has surged during this period,” he said.

He said that Afghanistan was major market for Pashto books. “Most of Pashto books used to go to Kabul, Jalalabad, Kandahar and other Afghan cities while books from Afghanistan landed in Peshawar, Quetta and Karachi,” he said.

Mr Qurban said that changing political fortunes in Afghanistan has directly hit the book business and forced them to sell English and Urdu books instead of Pashto.

On the other hand, Taliban takeover of Kabul has also badly hurt book reading culture and publishing industry of the Afghanistan. The numbers of bookshops across the country were rapidly declining and printing presses were also faced dire economic straits with many of them closing down.