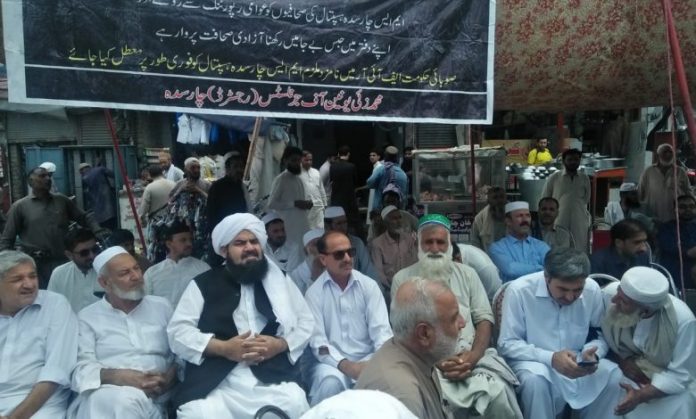 Earlier the MS had detained journalist Alif Khan Sherpao and Rifaqatullah Razarwal for covering a protest at the hospital premises.

Muhamamdzai Union of Journalists and electronic media members have jointly setup the protest camp at the Charsadda Chowk against the official. A large number of local elders and politicians attended the protest camp.

Aimal Wali Khan, at this occasion demanded action against the MS.

He said that if the official was not transferred within 10 days, then the officials will be responsible for any untoward situation. He said district administration should fulfill its responsibilities while journalists should be allowed to do coverage inside the hospital.

He said that PTI local leaders were supporting the official.

The protesters at this occasion said that their protest will continue the transfer of the official.