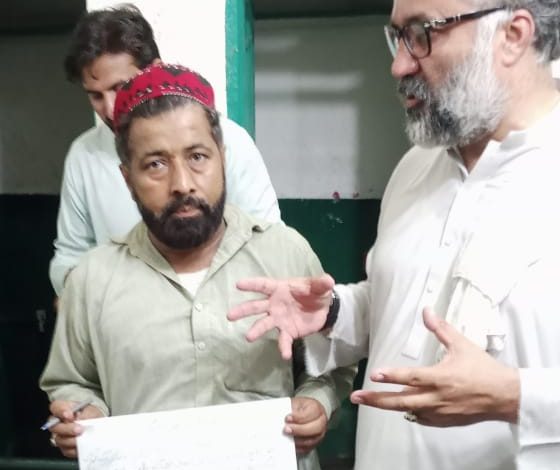 A local jirga in Charsadda district has with the help of police has taken oaths from local barbers of not shaving beards anymore.

Signed copies of the oath has signature of the Khanmai police station of the district; however, local police denied the veracity of the document.

On the other hand, KP Human Rights Commission, social workers and lawyers have termed the oath as being in violation of fundamental rights and laws.

However, a local jirga in the limits of the Khanmai police station have issued directions to local hair dressers to not shave beards at their shops.

The oath statement, a copy of which is available with TNN has been issued by a local jirga. “I assure by this writing that I would not make beards in the violation of Sunnah and in case of doing so the locals residents have right to take action against me,” the statement on oath by the barbers read.

On the other hand, Charsadda police has not yet taken notice of the issue. SHO Khanmai Fazal Din told TNN that the sign on the document was not his and regarding the official stamp he will quiz his staff.

However, local authorities have not yet announced an inquiry or action against those official who signed the document or those who affixed the SHO stamp to it.

The SHO said that legal action will be taken against those taking any action under this agreement.

However, a jirga elder requesting anonymity told TNN that the sign and stamp on the document belonged to the SHO Khanmai. He said that the agreement was signed due to the fact that on Eidul Azha many people did not want to do animal sacrifice with the barbers as they shave beards.

On the other human rights activist and lawyers have harshly criticized the jirga and police action. They said that interfering in someone personal life was akin to deprive someone of his freedom. They also demanded action against the jirga and police official who have signed the document.

Farhad Afridi, a Peshawar High Court lawyer said that this agreement violated laws framed by the different government agencies which guarantee individual freedoms. On the other hand, he said that it was also in violation of the Article 4 of the Constitution of Pakistan which also guaranteed individual freedoms.

He said that this illegal action has affected lives of individuals.

Mr Afridi said that no one has a right to interfere in someone personal life. “Neither government officials nor local jirgas are allowed to do so without a legal justification” he said.

He questioned that under what authority police became a part of this agreement to ban shaving beards.

Besides, he said that this was also a violation of Article 4 of the Constitution which guarantees to all citizens.

He said jirga members and police signing the document were illegal. He said that sporting a beard was not a religious issue.

He also said that relevant SHO has violated the section 209 of Pakistan Penal Code and violated his powers. “An FIR could be lodged agaisnt the SHO and jirga memebrs,” he added.

On the Human Rights Commission of Pakistan has also condemned the agreement.

HRCP KP chair Akbar Khan told TNN that police has shown negligence in this affair. He said that organs of the state have no rights to tell people how to live their lives.

HRCP also demanded the district administration to take action against the police and jirga members involved in this affair.

On the other hand, analysts believe that this episode reflected the influences of Taliban takeover Afghanistan. Earlier last week, local elders in Bajaur had announced to ban the women from visiting markets; however, later they denied making such announcement.