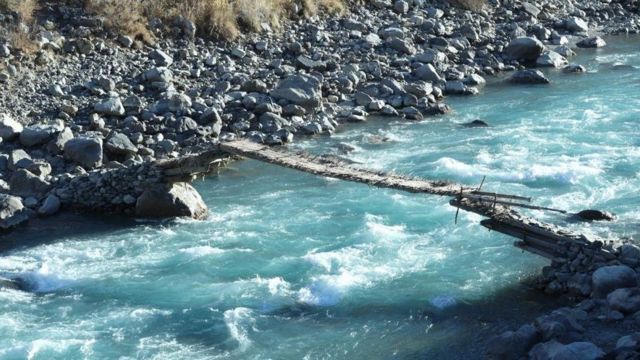 A woman from the Broze village of Lower Chitral district has committed suicide by throwing herself into River Chitral on Monday.

Rescue 1122 sources identified the woman as daughter of Nadir Shah, who was mentally distressed. They said that women has gone missing from her home the night before; however, her shoes were found next to the Chitral River the next day during the search.

On the other hand, Rescue 1122 was carrying out an operation to retrieve the body; however, could not find it till the evening.

Chitral has high ratio of female suicides and scores of women have committed suicide by jumping into River Chitral. However, there has been no serious effort on government part to address this issue.