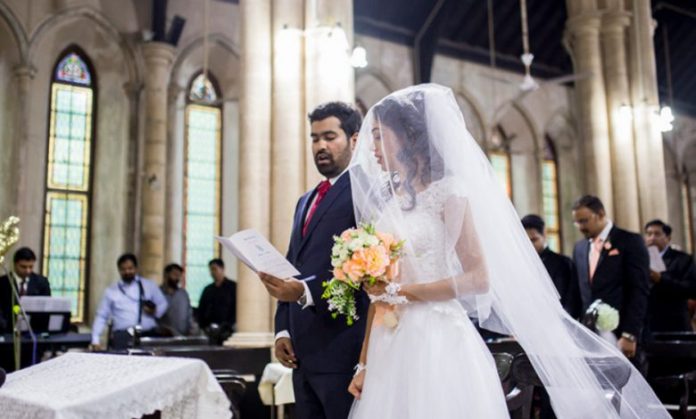 Pakistan is lacking in a comprehensive law to govern marriages and divorce related issues of the Christian community which was resulting into mental agony for the community’s women.

Sumera, a Christian woman from Peshawar told TNN that she was divorced seven years after her marriage. Explaining the reasons for her divorce, she said that before the marriage, her in-laws lied about their son being a government employee as well as a very pious person. However, she said that it turned out after the marriage that her ex was a thief and had also illicit affairs as well.

Ms Sumera said that she left her husband due to disagreement on several occasions; however, always returned after sometime.

She said that whenever she asked for money for household expenses, her husband used to beat her up. Ms Sumera said one day, he asked her to leave home and she went to her aunt’s home. “Then some days later, he came after me saying our landlord has thrown him out of house over non-payment of rent,” she said.

She said that some days back, he started beating her up in front of her aunt, after which she decide to seek divorce.

She said that she later get divorce from a court along with the custody of her two children and she was forced to work at homes to meet the expenses as the ex-husband was not paying her expanses.

“The presence of both families was sufficient for getting married in a church,” he said. He said that the marriage could not be solemnized in case of absence of one of the sides.

Besides, he said that both the families sit together and decide the dates for marriages and the same was later communicated to the church.

The pastor said that on the day of marriage, both the bride and groom inform the church, that they were getting married of their free will and the solemnization of marriage starts once they say yes.

Mr Arif said that before marriage, they make announcement on church for three consecutive asking if there was any reason there to nullify this marriage. “This is called pukara,” he said.

The pastor said that in the meanwhile if someone comes up with any complaint, then, it was considered true and the marriage could not take place.

“On the day of nikah, the attendants are also asked the same questions and when no one comes up with any complaint, then the marriage is solemnized.

“Both the bride and groom swear that they will lead their lives under the Christian law,” he said.

Besides, he said that under the Christian law, the marriage could not be solemnized when someone is already married, if one of the bride or groom is not ready for the proposal or one of them had illicit relations with others.

He said that there was no concept of divorce in Christian law and the only one of the partners committing infidelity allowed dissolution of marriage. Mr Arif said that these days many couples get divorce from courts and later remarry.

However, he said that the families’ concurrence was also necessary in cases of divorce.

“Only when the elders agree on divorce, then, a petition seeking dissolution of marriage is filed before court,” he said.

The pastor said that the court in turn issues the declaration. He said that there was no verbal divorce in Christianity.

Mr Arif said that a married man or woman can only marry in case of one the partners’ death and divorce. Besides, he said that the father was responsible for the children upkeep in case of divorce.

The pastor said that from the religious point of view there were no possibility of divorce in their religions.

He said that Christians marry under one of three churches including Church of England, Church of Scotland or Vatican.

He said that Christians over 21 years old can marry and those below 21 years can marry with the consent of family; however, in such a situation the female has to be more than 13 years old and boy needs to be 16 and above.

Regarding the divorce, he said that in fornication can lead to dissolution of marriage and in such a situation, even a female can end the marriage.

Besides, impotency, madness of one of the partners, lies of about first marriages could end the marriage. However, in case of judicial separation,  the marriage is intact but they couldn’t live together nor remarry.

Similarly, Christianity does not allow consanguineous or cousin marriages.

On the other hand, under the Christian Marriage Act 1872, marriages or nikahs are registered by a register and take place in church.

The law provides for nikah from 6am-7pm in the evening and one cannot marry out of this time.

Besides, bishop issue declaration after receiving license of nikah registration. The couple provides all the information at the time of oath and then a notice is issued on the board in case of someone has any objection to the marriage.

On the other, couples over 21 years need to two witnesses to solemnize the marriage while those younger submit an application along with stamp paper that the both of them are not related by blood.

Rashid Umar, a Islamabad High Court lawyer said that in 2013 Christian wanted legislation to outlaw underage marriages, marriages in churches as marriages with the Christians.

He said that national lobbying delegation documented these demands and shared them with the Human Rights Commission, which placed them before cabinet for approval, and cabinet nod was still awaited.

Mr Umar said that only parliament can change Christian Marriages Act; however, he added that the amendment bill has been prepared and its approval was required after which it will implemented all over the country.