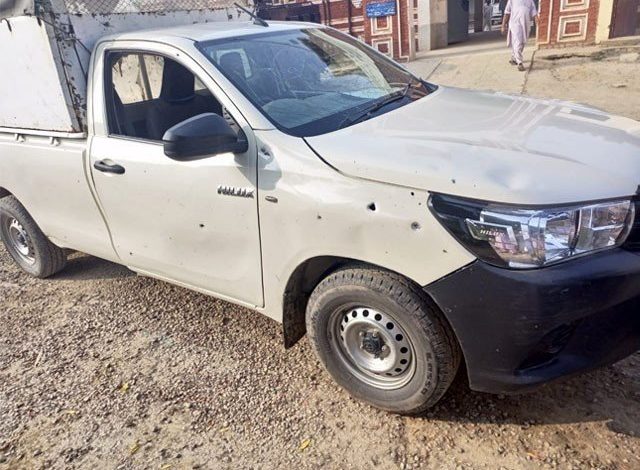 A cop was injured and two terrorists were killed in two seprate incidents of violence in southern Dera Ismail Khan district on Wednesday.

In the first incident, a remote controlled bomb targeted a police mobile, injuring a cop while in the second; two terrorists were killed in exchange of fire with police.

Police sources said that the attack took place on the Kulachi Road at around 7am, when a remote controlled bomb targeted a police patrol. The blast left a cop injured.

The second attack took place, about an hour after the blast, when terrorists opened fire a police mobile rushing to the site of bomb blast.

The attackers hiding in bushes in Ghari Malang area opened fire on police personnel and two terrorists identified as Abdur Rehman and Mir Zaman were killed in exchange of fire with the law enforcement personnel.

Police said that it was investigating the attacks.

Earlier this week, terrorists had taken hostage a deputy superintendent of police and five other people during a clash from the border of the Swat and Dir districts in the limits of Matta tehsil.

The hostages were later released through the efforts of a local jirga.