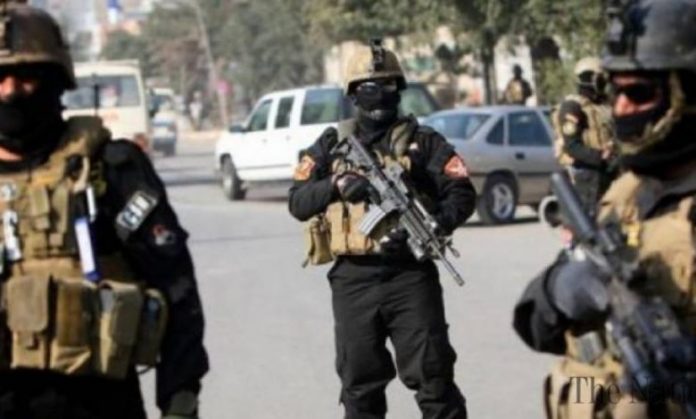 The current spate of audacious onslaughts on military personnel, police and FC men resulting in loss of hundreds of lives is the testament of the surging militancy in Khyber Pakhtunkhwa particularly erstwhile Fata. Terrifying news of targeted killing, beheading and similar heinous acts are reported on daily basis from different corners of KP in media- not in mainstream national media, except Dawn.

The lackadaisical approach and lack of firm and clear strategy on the part of government also engenders public concerns about the government’s reluctance to respond to the rising terrorist assaults in the country. On the one hand it vows that cross-border terrorism will not be tolerated and if the attacks continued “Islamabad reserved the right to take direct action against them.” On the other hand the same government and its security institutions leave no stone unturned to parley with the outlawed terrorist outfit, TTP.

Amid the series of ferocious assaults by the outlawed Tehreek-i-Taliban Pakistan (TTP) in the country following the unilateral ending of its ceasefire with the state, it is expanding its footprint in the urban areas, thanks to the security institutions’ inability. As a the successful comeback of terrorists (what former Pakistan’s ambassador to UN and US, Maliha Lodhi, terms “failed comeback”) in their former strongholds, and the recent attacks in Bannu, Quetta and Islamabad, Pakistan’s Capital city, indicates that the outlawed terrorist outfit continues to expand its sway in urban areas. The failed talks with TTP wreaked nothing rather “emboldened” it instead.

The inability in the part of government especially Counter-Terrorism Department (CTD) -which had been created for the very purpose- to cope with the menace of growing terrorism is perplexing. On December 18th, an incarcerated militant, during investigation, snatched a gun a CTD interrogator, injuring him and taken several other CTD and army official hostage inside the CTD center, got his inmates freed, and seized the compound.

The militants demanded “safe passage to go to Afghanistan” but the Army “completely rejected” that demand. The militants shared a video footage showing the hostages and demanding safe exit. The militants were associated with the banned TTP, according to the official sources.

After two days of stalemate, a joint operation was launched to free the compound. 25 militants were killed in the ensuing fierce exchange of fire between them. Three of them surrendered their weapons, and seven others were re-arrested while trying to escape the center. Three army personnel including a Subefar Major lost their lives in the operation.

This incident exposed the fragile preparedness and called into question the performance of the very CTD which was created to counter terrorism and violence. The worrisome question is if ‘detained militants’ can overpower the CTD, how could they be able to face off with unfettered and handsomely equipped and trained militants? I don’t expect much from them.

I have expressed concerns over the surging terrorism in my previous pieces that parleying with the TTP was as giving them a free hand to expand its influence. So says the “recent report by Nacta presented to the Senate Committee on Interior that the peace process initiated by the then PTI-led government” boosted their morale. Finally they accepted the fact. Initially the government repeatedly debunked the public concerns terming as “exaggerated”.

Earlier this month a meeting of the board of governors of Nacta was convened to deliberate over the future course and to revamp the internal security structure. The board of governors has urged the government to devise a new ‘National Counter-Terrorism Department’, and has sent a proposal to Prime Minister Shehbaz Sharif. I don’t know if the officials of Nacta know that every province, except Balochistan, has Counter-Terrorism Departments to deal with terrorism. “The proposed department would be operated under NACTA at the federal level and would have authority to conduct counter-terrorism operations across the country,” the proposal states.

There is no need of another lucrative National CTD, as proposed by Nacta, given the moribund state of the country’s economy. As it already exists in the country, setting up new one will only be drain on the dwindling and resource-constraint economy. The government needs to reinvigorate the decadent CTD in Khyber Pakhtunkhwa and equip them with latest tools and advanced level training.

What should be done, given the perilous security situation?

In lieu of formulating another security structure like the proposed National CTD, there is a strong need to implement the already existing policies and structure. The government needs to completely implement the National Action Plan (NAP) and rejuvenate the Nacta.

After the partially successful military operations in Waziristan and other parts of the country, Nacta went into hibernation. Although it has been enumerated in its rules that it has to meet every four months. But the recent meeting was held after whole three years. It should focus on its primary duty to coordinate among various security institutions and give policy insights on issues relating to security. It can only be successful if our spy agencies cooperate with Nacta. If the former would not share the required information with the latter, it would be of no significance.

Concluding the discussion, a long term policy regarding the burgeoning terrorist activities should be adopted. Focusing on short-term measures is not the panacea of the problem. Efforts should be made to completely extirpate militant organizations and clamp down on extremists. There is a need for strong cooperation among security agencies combating terrorism. Empowering of CTD must be ensured. Federal government must ensure every possible assistance to the provincial government in this regard.