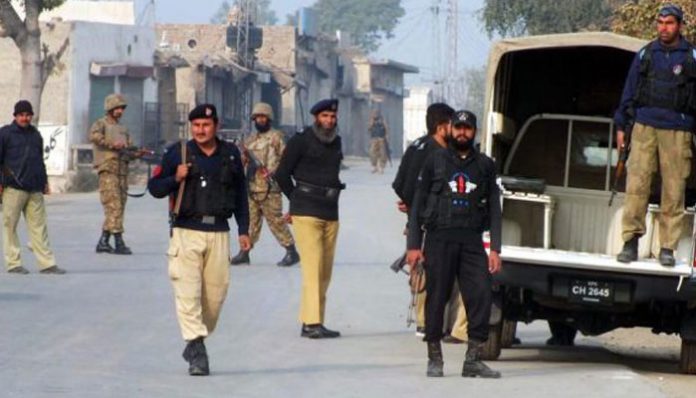 Leader of dacoit gang was killed during an encounter with police in Karak district on Friday.

Karak police said that the accused killed during an encounter with police in Essak Chontra area of district and was wanted in several cases.

Police said that they had detained the accused in injured condition; however, he succumbed to his injuries at hospital. A police official told TNN that acting on a tip-off about the presence of masked armed men Sangini area, police personnel raided the area. However, the accused opened fire on police personnel; however, there were no causalities on law enforcers’ side.

Police responded to the attack from dacoit gang and exchange of fire continued for about 25 minutes.

Police arrested an injured accused indentified as Raziullah in injured condition during search operation after encounter. Arms and ammunition including AK-47, rounds, hand grenades and a motorcycle were also recovered from the dacoit.

The accused was shifted to hospital in police vehicle, where he later died of wounds. Two of the accused managed to escape from the scene in the cover of darkness and police personnel were searching for them.

Police had received several complaints of dacoity and theft against the slain.

Besides, police said that the slain was involved in the murder of the Usmanullah, president of class-IV employees. District police officer Karak Khan Zeb said that they will never allow anyone to endanger area’s peace.