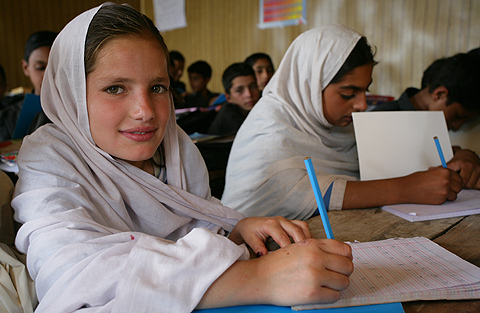 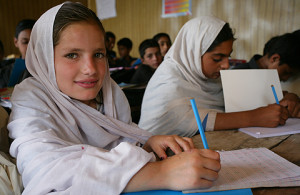 PESHAWAR, May 29: The government of Denmark has announced to provide 11 million dollars to UNICEF’s country programme for education in Pakistan.

The announcement was made by the Danish Ambassador in Pakistan, Mr Jesper Moller Sorensen at a ceremony in a government school in the provincial capital Peshawar.

Speaking at the ceremony, Ambassador Sorensen said the fund would be utilised for education of children through the UNICEF.

He stated that Denmark has been providing development assistance to Pakistan since 2010 with a strong emphasis on promoting primary education – especially girls’ education – in Khyber Pakhtunkhwa, Balochistan, and FATA.

Highlighting the importance of education for social and economic progress, Mr Sorensen said, “It is estimated that if all children in developing countries could read, global poverty would drop by 12 percent and more significantly every time a girl receives just one additional year of education, her wage would increase by 15-20 percent.”

The Government of Pakistan has announced an increase in the education budget for the coming years. It intends to double the share of GDP that goes to education from 2 to 4 percent.

On the occasion, Khyber pakhtunkhwa Education Minister Muhammad Atif thanked the Danish ambassador and said the fund would be really helpful in improving quality of education in Pakistan.

The provincial minister told TNN, “The fund announced by the Danish government will utilised by themselves, so the government cannot interfere in it. The Khyber Pakhtunkhwa government is also trying to ensure transparency in utilisation of funds.”