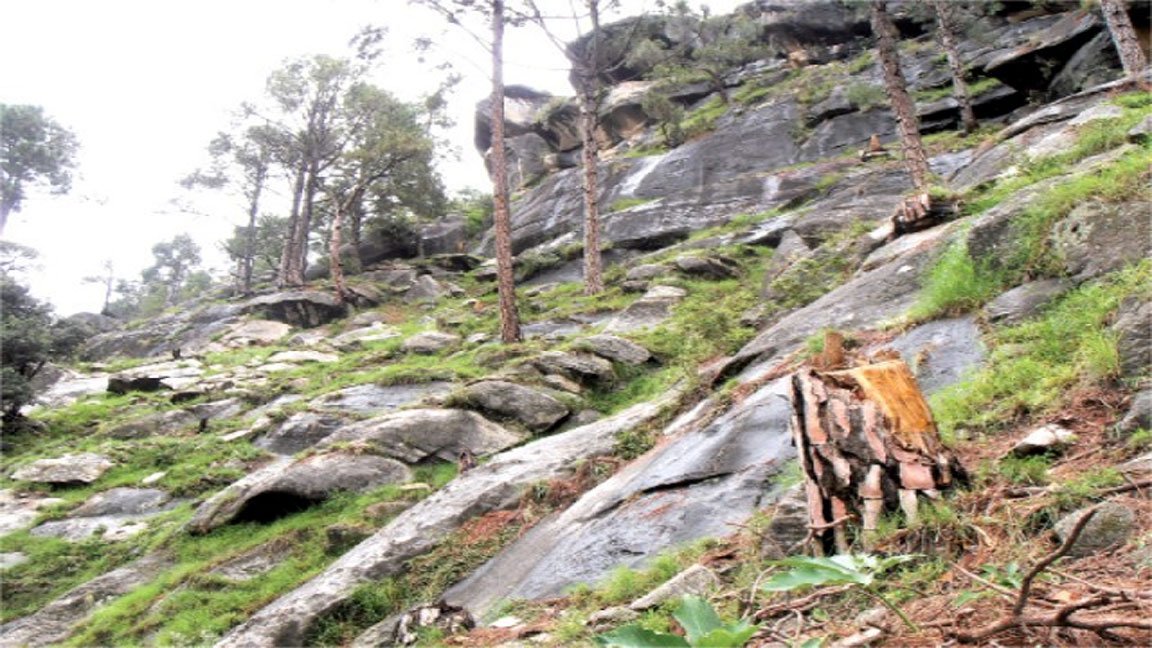 Khyber-Pakhtunkhwa’s forests have lost around 74 percent of their strength over the years due to relentless deforestation, Officials of KP Forest department said. Consequently, the province has had to cope with the negative effects of climate change, leading to devastating floods and rising temperatures. According to the “Forest Reference Emission Level of Khyber Pakhtunkhwa- 2017” Report, the total forest area of the province was about 2.043 million hectare which is about 45 percent of the total forest area of the country. Similarly, about 66 percent of the country’s total coniferous forests were in KP.

Similarly, a study conducted by Swiss Agency for Inter-cooperation (IC) “Study on Timber Harvesting Ban in NWFP, Pakistan” reported a deforestation of 8,231 ha per year for the period 1996-2008. However, they did not identify the hotspots based on spatially explicit data.

A study conducted by PFI “National Forest and Range Resource Assessment Study” in 2004 reported that though there was no change in the total forest area in the period 1992 to 2001, Forest Reference Emission Level of Khyber Pakhtunkhwa 2017 12, however, high-stock coniferous forests decreased at a rate of 8200 ha per year during this period and replaced by low-stock scrub forest. The findings of aforementioned studies indicate that the deforestation rate in Khyber Pakhtunkhwa was in the tune of 8000 ha per year.

Due to the absence of other sources of income, forests remain to be the only source of income for people in mountainous areas. Extensive deforestation in northwestern part of Pakistan was the result of daily livelihood use of woods furniture, fuel and heating, agriculture etc.

Unemployment and poverty in the area also plays a vital role in deforestation. Government report states that population growth in itself along with investments in hospitality and tourism sector in hilly areas has caused private housing as well as hotels to go higher and deeper into the forests, mountains and wooded areas.

However, the no or less interest of the government is also an important factor as there is no proper management system to monitor and arrest the culprits involved in cutting of the trees. In the current study the geological impacts like landslides and soil erosion have also been reported as 78 percent of the local residents were also aware of the fact that the cutting of forests increases this hazard.

According to the report “Forest Reference Emission Level of Khyber Pakhtunkhwa- 2017”, The total forest area under the custody of the Forest Department and properly covered by forest Working Plans for management purposes is 841,517 ha. Of the total area, 7.6 percent (63,915 ha) are state-owned Reserved forests, 29.7 percent (250,106 ha) are Guzara forests owned either by community or private individuals and 62.7 percent (527,496 ha) are Protected forests. Thus 92 percent of the forests are encumbered with rights of local communities. Traditionally forests have been harvested to provide revenue to the state and the private owners. In 1993, the Government of Pakistan imposed a complete ban on felling of green trees in the aftermath of a catastrophic flood in the country which was attributed to large scale deforestation in the upland catchment areas.

The most terrifying threat to the forests is human being, their actions that leads to the changes in the forest lands are considered one of the major reasons in worldwide environmental change and one of the great drivers of the biodiversity loss. Human activity is continuous as we can see the deforestation for human needs and the forest erupt fire due to human mistakes. Deforestation is a global issue and Pakistan is one of the countries, where deforestation rate is very much high.

According to the Research and Development (R&D) directorate, a sub wing at the Forest Department that keeps checks the situation of forests, people in Khyber Pakhtunkhwa burn wood worth Rs 75 billion annually. All this wood mainly comes from forests in hilly areas. The directorate further said, if environmental costs are also calculated, the losses go in trillions of rupees, including taking away of fertile surface land during heavy rains and the later filling of dams reducing their lifespan. Deforestation would continue in the same manner unless people in mountainous areas are provided with alternate energy means like the provision of gas for cooking and heating.

A survey conducted by the R&D Directorate to analyze the deforestation of KP’s forests shows out that grazing, cutting of trees for fuel and such other factors that do not allow plants to grow in a natural way led forests to lose their maximum strength since the last one-and-a-half decade. In addition, grazing and cutting of trees by women and children are also some of the factors that stop restoration of small plants. Encroachment of Forest land for agriculture purposes is also a factor for deforestation.

Moreover, fire eruption is also a major threat for the forests of Khyber Pakhtunkhwa. As recently in 2022, more than 200 wildfires damaged forests and grasslands over an area of 14,430 acres in many districts of Khyber Pakhtunkhwa just in two weeks. Among these 210 wildfire incidents, some 55 flames have been started intentionally by local people and 12 ascribed to dry weather conditions while the cause of another 143 fires are unknown, according to a report compiled by the provincial forestry, environment, and wildlife department.

Government of Khyber Pakhtunkhwa launched a project named Green Growth Initiatives on February 9, 2014, at Pakistan Forest Institute, Peshawar. The main objectives of Billion Tree Tsunami Project and Green Growth Initiative were to Increase area of forests by two percent through converting 30,000 ha additional land into forests annually. Increase density (area of forests having canopy cover below 50 percent) of 7 percent degraded forests by closure against grazing and fire. Launch “Billion Tree Afforestation” campaign to involve local communities in sacred pursuit of greening Khyber Pakhtunkhwa. But government should take strict measures to resolve the issue of deforestation in the area. Strict laws and its implementation should be ensured for to avoid severe climate change and environmental issues in future.