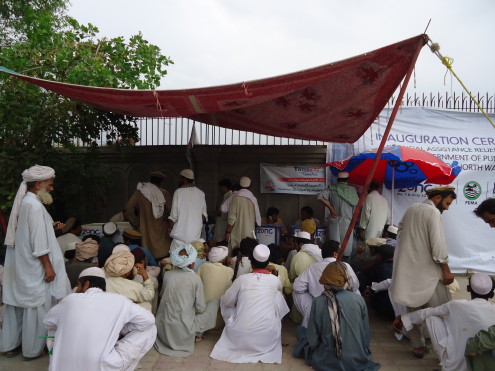 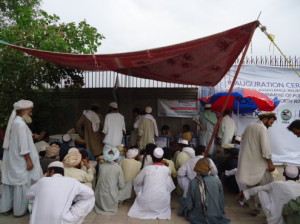 BANNU, July 18: After scuffles at food distribution centeres, the franchises of Zong, a mobile phone company, and Easypaisa, a remittance service, are overcrowded in Bannu as the IDPs of North Waziristan are trying to get relief money from these points.

TNN correspondent says that due to the crowds of people, road traffic is often blocked causing problems to commuters. The IDPs have also alleged that bribe was being demanded from them in franchises in order to pay them the cash assistance.

Some of the IDPs, who came to the Bannu Sports Complex, told TNN that the company’s Zong franchise was more crowded compared to other points, but that they came to the venue to avoid bribing the staff at other places.

“We are here since early morning and now it’s 11am. We are still waiting in queue to receive 25,000 rupees through our SIM card. We went to Bannu but the franchise staff there was demanding 3,000 rupees commission; so we came here,” said one of the IDPs.