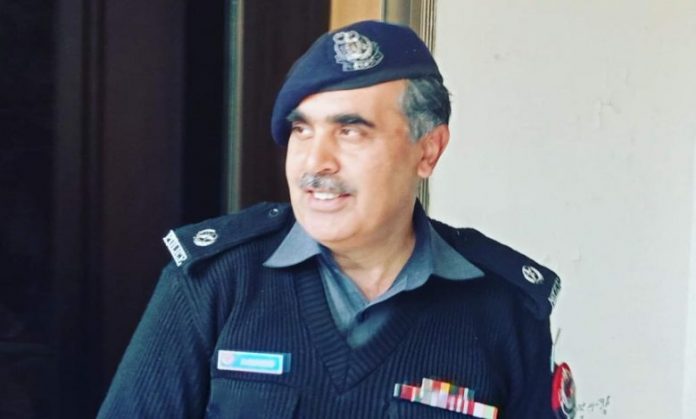 Authorities in Bajaur district have disallowed a man from entering his own home after he shared data regarding financial affairs of district police officer (DPO) office on social media.

However, DPO Bajaur instead of seeking for an explanation, directed police guards deputed at the guards of Khar Civil Colony main gate to not allow the person enter his own home. In the light of DPO directions, the guards did not allow him to enter the colony.

Mr Ali said that the data regarding the budget he had shared on social media was already available on a website; however, police has started an action against him on this ground.

He said that he had his residence inside Khar Civil Colony and on Thursday when he was returning to his residence after office hours, police guards citing high up direction did not allow him to enter the colony. Mr Khan said that neither he has not committed a wrong nor sharing such information was a crime. “Government organization should themselves make public such data,” he said.

He said that officials used to exercise excessive powers under the infamous Frontier Crimes Regulation. However, he questioned that with the FCR gone, under what law these actions were being taken against him.

On the other hand, DPO Bajaur Abdul Samad Khan when approached for comments said that this issue has already been resolved and the person was already at his home. However, when he was informed that the person was still waiting at the colony gate, the DPO cut the call short saying he did not want to answer this question.

Tariq Afghan, a Peshawar High Court lawyer when approached for comments said that sharing DPO office’s expenses or information related to them was not a crime. He said that even police has no powers to stop someone on this grounds. Mr Afghan said that DPO act was illegal as constitution allowed every citizen the right of movement.

He said that except court no one has a right to curtail his movement. Mr Afghan said that deputy commissioner and DPO have no legal jurisdiction to curtail someone movement as every citizen can move around freely.

“Curtailing someone freedom of movement is a violation of the constitution as well as the human rights,” he said.