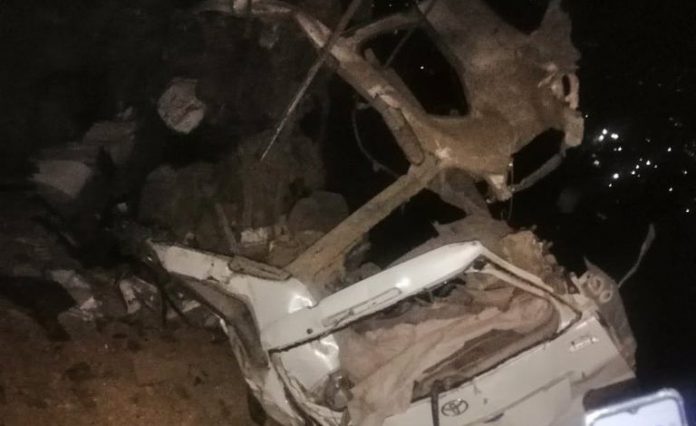 Eight persons including a member of peace committee and personnel of police and paramilitary were martyred in two separate attacks in Kurram and Swat districts on Tuesday.

In the first incident, firing from across the border in Afghanistan three soldiers of the paramilitary Kurram Militia when they were working to repair Dargai check post near the Pak-Afghan border.

Funeral prayers of the slain martyred personnel were offered at the Kurram Militia headquarters. Sources said that Pak Army soldiers responded to the attack.

Separately, a remote-controlled bomb targeting a peace committee member in the Bandai area of Swat district killed five persons including a member of a local peace committee.

DPO Swat Zahid Marwat that five people including two police personnel were riding the vehicle which was targeted in the remote-controlled attack.