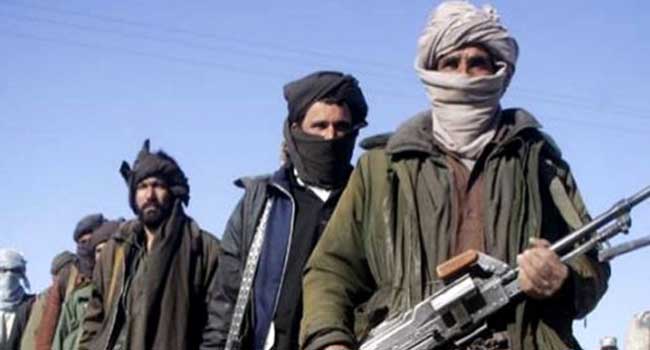 As soon as I regained consciousness, the barrel of a new gun was right above my head. “Charta Takthi, Khabeesha”, (where are you running, evil) Talib shouted. He tried to drag me to the other side of the road, but I got up, he grabbed me by the shirt collar. (Continued from Past)

Darkness in front of the eyes, seeing stars during the day, dry throat, slipping of the ground under the feet, bursting of the sky, the breaking of the Day of Resurrection, all the expressions used in sentences were valid at that time. Surviving after being beaten by them so much, I was no longer feeling pain, just shivering, as if It was so cold there.

I was thinking that they would either kill me or keep me in prison, but how to tell my situation to a friend in Kabul, I couldn’t think of a single plan. I had accepted that I would be imprisoned in Pul Charkhi Jail.

When I wanted to sit down, Talib grabbed me by the shirt collar and dragged me near the wall. A few hours of detention seemed like years.

Another talib appeared at the police check post and asked about me, on seeing me he said “Kha da hagha khanzeer de” means he is the media pig. He simply slapped me on the neck more than a dozen times and the two Taliban soldiers there handed me over to him.

This terrible-looking student kept saying something to me in Dari language, in which I could only understand the word “pig”. After some time someone from outside hit the seat and this student ran out, came back after a moment and gave me a barrage of kicks and went out. He told the other Taliban that he wanted to teach a lesson to the pig inside, and they all came inside. There were four Taliban who were barely 22 years old. I was used to being beaten by them, but I was afraid of being disrespected by them. Well, there behavior was nothing less than being disrespected.

All of them left saying that they would come back and beat me naked, and they also took out the cigarette box from my pocket, their hobbies were also strange. I sat alone in the police station for about half an hour, then I got up and  ran away.

I didn’t know the way and I didn’t know about myself. Every person who came in front of me seemed like a talib or a spy. In the mind I was going fast but the steps I was taking were slow. When I reached a big highway in front, all the vehicles were going to the right side, I also turned in the same direction.

After walking some distance, I reached the place where I was arrested. Now fear surrounded me from all sides, I turned into a small street nearby and ran. Then came to a big highway. Now I am thinking that my bag was left with my friend, the mobile phone has been taken by the Taliban, money, passport and other documents are not with me.

I entered a shop and bought a bottle of water, I put my hand in my pocket and there was money and passport in my pocket, but I did not check because of my unconsciousness. Drank water and thought of leaving the area in a taxi but as soon as I left the shop I forgot whether I had money or not and started walking.

I came to friends place in Bagh Qazi area but it was locked. Then I walked one kilometer from there and went to the market to get a mobile phone from someone and inform my friends and my office in Pakistan, but no one gave me the mobile phone. Asif Shehzad and Niaz Muhammad were my friends with whom I spent a night and knew a little about the area. Now I managed somehow and I sat in a taxi and reached the area of ​​Pul Mohammad Khan.

The place was known and as I reached there I contacted everyone. A friend of mine who was there contacted my mobile phone, which was then in the hands of the Taliban, and the chief of the Taliban Intelligence invited me to come and agreed to return the mobile phone as if I was insane to go back just to get my mobile from them.

Now after that the Taliban called my friend from the second number and asked why I ran away from the police check post, the punishment of this crime is very severe in the Islamic Emirate and asked him about his address and said we are coming after you to get you back to the prison. Now I contacted my main sources in Pakistan who have a lot of contacts in Afghanistan. A plan was made for me to leave Kabul first. (to be continued)