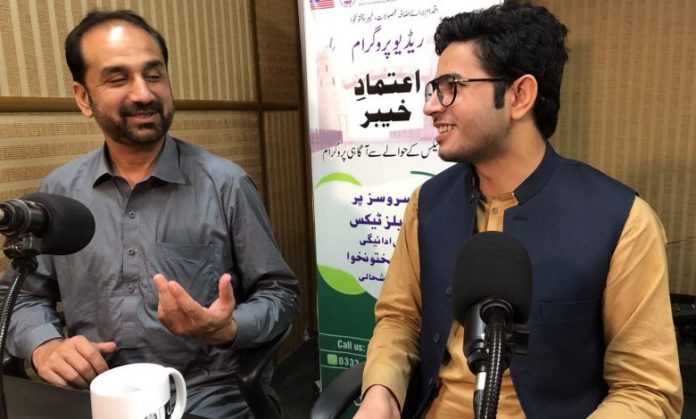 Khyber Pakhtunkhwa Revenue Authority (KPRA) can proceed against those not paying taxes and failing to keep records under 19 laws.

However, KPRA officials said that they first issue a notice to the taxpayer and in case of failure to respond to the notice, take other actions.

KPRA has launched a drive regarding raising awareness about taxation across the province with the assistance of USAID funded KP Revenue Mobilization Programme (KPRM). The drive is aimed businessmen and services providers into the tax net.

KPRA Director Communication Aftab Ahmed said that breaking a tax law was a crime and to address which authority has 19 laws at its disposal.

However, he said that KPRA always tries to persuade a taxpayer and punitive action is taken as a last resort in case of multiple violtions.

He said that in case of legal action, KPRA will first issue a legal notice, and failure to respond to which results into assessment order. In case of the taxpayer not being satisfied with the order can appeal to the collector for review and it results into litigation between both sides. “In case of taxpayer losing the case can approach the Peshawar High Court against the collector’s decision,” he said.

However, he said that under the law it was binding on taxpayer to keep record for his business as not possessing records can create problems for them.

Besides, he said that to be eligible for any relaxation, a taxpayer who had broken the law, should pay his outstanding dues as well as will ensure proper documentation.

Mr Aftab said that the KPRA has the powers to seal any business in case a taxpayer fails to respond to the notice or pay his taxes.

In addition to this, a taxpayer or business can also face up to 12 months behind bars and Rs 100,000 in fines.

He said that a businessman going a business trip can face problems in case of having tax liabilities or not possessing proper records as one has to tax payment and bank records are properly scrutinized in the process of getting visas.

He said that it was authority’s job to enforce the laws and then it was it was the courts purview to reject or accept the penalties imposed by the authority.

Mr Aftab said that some restaurants did not possess computers or other devices to file their tax returns and the approach other people to file their returns, which at times results into delay.

However, he said that they should inform the authority about their genuine issues and also try to file their returns on timely basis.