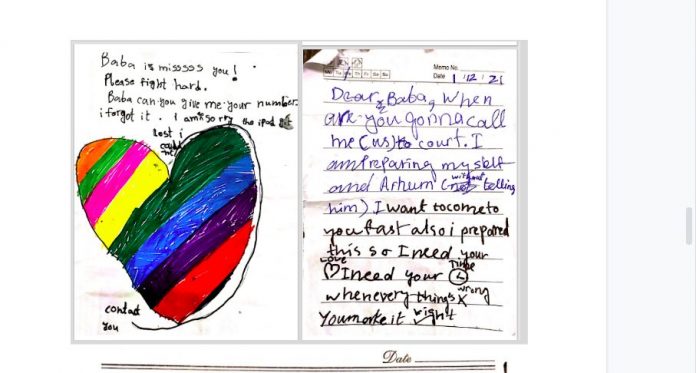 During the eighteenth century, not much was known about the basic building blocks of life or the intricate complexity of the cell which was thought of as being a blob called a protoplasm.

However, later on it was discovered how a cell is actually a remarkably designed micro-machine which is guided by information encoded in the genes and has several coordinating subsystems including a powerhouse (mitochondria), and highly efficient gene copying machines etc. that together help drive the complex functions of life. With such knowledge, it pushed mankind in directions not envisaged before and led to advancements in medicine and gene therapy etc. to solve problems unimaginable or thought of as being insurmountable, had the scientific community not relinquished outdated information to accept new wisdom.

Similarly, much of the new discoveries in psychology and behavioural science has made us understand how humans interact with each other, and how certain disorders affect their relationships with people around them including their own children. Studies have now shown how certain parenting styles are more aligned to better child upbringing goals and wellbeing, whereas certain disorders amongst parents inhibit a child’s emotional, psychological and physical development or may be outrightly dangerous for them.

Among those that fall in cluster B type of personality disorders, is Borderline Personality Disorder (or BPD) that is likely to be a result of early childhood trauma or neglect, and can be highly dangerous for a child if it manifests itself in a parent especially when it concurs with violent tendencies. BPD is another term for heightened emotional instability in a person, characterised by unrealistic fear or phobia of abandonment, or rejection and constant need for validation. Also BPD may result in excessive volatility, enactment of drama, threats of self-harm or suicide to gain sympathies, excessive manipulation deceit or mind games to prevent the target from leaving the person. The mood swings are very rapid, shifting between aggression, crying profusely, and happiness accompanied by laughter etc. in a span of a few minutes, which can bewilder anyone around them. Those suffering from BPD also have a lack of identity and often emulate the identity of others to feel complete. The role of BPD and associated personality disorders came to the fore in a recent high profile defamation case between Johnny Depp and Amber Heard, in which a forensic psychologist diagnosed Amber Heard for typical symptoms of BPD, and based on her testimony and other information, the jury was able to see beneath the hood before pronouncing its verdict.

In countries like Pakistan, we see courts handicapped in their understanding about child psychology, and the impact on their wellbeing because of the mental and emotional instability of a parent or of the dysfunctional parenting styles they are subjected to. The usual tendency is, therefore, to accord child care responsibilities on the presumption of welfare residing with one gender and these presumptions, although rebuttable, and not based on any divine law, appear to be etched in stone as they are usually upheld in decisions regardless of the material pointing towards the risk to the child’s well being due to the parent’s own behaviour.

Here is an example of a verdict passed by a female family judge in Lahore, Pakistan in June this year, where the child while remaining in prolonged custody of the mother reported on frequent beatings he had received even with the use of steel rods, rackets, sharp metal objects, wooden bats etc. However, instead of quickly doing something about it, we find the family judge defending such practice and terming it as being good for the child:

According to Professor Yvonne Kelly of University College London, who along with her colleagues has done a comprehensive research on the impact of physical punishments on children, there is increasing evidence that physical punishments do only harm on a child in both the short and long term and is against their wellbeing, and also increases child  behavioural problems over time. Also with exposure to early childhood trauma, abuse or neglect, a child internalises symptoms such as depression and anxiety, mental disorders, phobias, chronic low self-esteem, cognitive effects such as attentional problems, learning disorders and behavioural problems including tendency towards extreme violence etc. Such children are also poor at keeping relationships and grow up to become bad parents themselves.

While the tendency to neglect parental abuse exists at the courts, we find the main culprit to be BPD or some related form of personality disorder in some cases that makes keeping stable relationships difficult with spouses or children, and may make parental care a living hell for a child. We find an example of such a parent in whose care children have repeatedly reported being abused and neglected, also having signs of intense emotional instability and characteristic traits of BPD. As shown in this video, the parent shows fear of abandonment, after the father locks himself inside the room with the children to avoid an entanglement after a violent episode. The woman lets fury overcome her and breaks the glass window, which sends the children reeling, after which she starts to blame the father for trying to kill her, showing manipulative behaviour, and then shifts her mood in an instant and starts weeping loudly to create drama and gain sympathies of the onlookers.

We see another example in which a father is involved in beating up a child mercilessly for failing to drink milk as is captured in the video below, which is showing some form of personality disorder at play over here as well.

Therefore, it becomes all the more important to detect early signs of dysfunctional parenting, tendency towards abuse and neglect so as to rescue the child from such an environment immediately even if the culprit is a real parent, regardless of the gender. The courts, child protection bureaus / commissions and investigating authorities need to equip themselves with the latest safety assessment and evidence gathering techniques so as to process complaints swiftly and provide necessary relief to victims of parental abuse. As mentioned earlier, the offenders may be con-artists and can throw off an ordinary person by creating a smokescreen to bury the truth from coming out, which can only be effectively countered with the help of training about personality disorders and assistance from trained mental health professionals. While BPD patients may need treatment and counselling, a child cannot be forced into living with the risk of continual ill treatment or neglect in his or her carewhen better alternatives may be available. The courts would obviously have to upgrade their knowledge and assimilate new wisdom for the betterment of the children and our society at large, or we will all pay a heavy price for their reluctance or refusal to disown outdated wisdom and for remaining stuck in the past and presuming against the likelihood of personality disorder and dysfunctional parenting and its adverse effects on the children.

According to a UN expert, Gabriela Knaul “A justice system that fails children ultimately fails society”. In her report she highlighted how children who come into contact with the justice system are often victimised or re-victimized and stressed on the need for child-sensitive justice “that respects, protects and fulfils the rights of children”.

In a series of articles we will attempt to highlight various aspects of child abuse, role of personality disorders in dysfunctional parenting and possible solutions, and gaps in our justice system so as to create awareness and for improvement. People who may want to share their stories to be considered in future articles on this topic can write to the author.