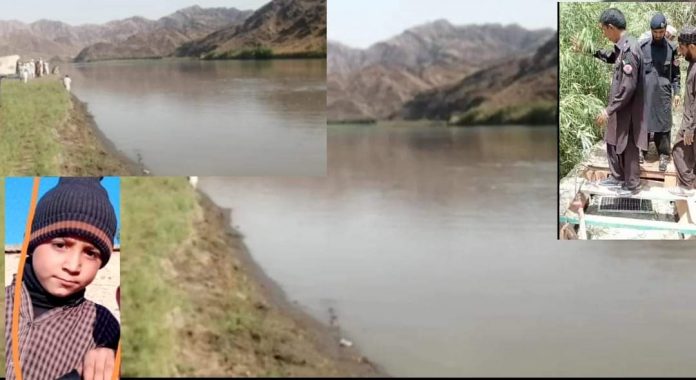 Search for the body of nine years old boy who was drowned in River Kabul in the Loi Shalman area of Khyber district is continuing without any help from local administration.

The minor identified as Muavia had drowned into to the river after in Shenpokh area last Saturday while he was out with his brother.

Muzzamil, father of missing boy said that when inquired about his minor son whereabouts, the other son said that he was not sure about where Muavia had been. However, he said later, the boy said that his brother had slipped into river.

He said that they could not retrieve the boy‘s body due to lack of required equipment.

He said that relatives of drowned boy have camped on river side and searching for the body on their own.

Rescue 1122 also launched a search operation later; however, it came a bit late.

Meanwhile, the locals and relatives of drowned boy were going to stage a protest against the authorities to helping the family in search of the drowned boy when they spend two weeks on the river sides.

Besides, district administration and political leader have also visited the family thus far.

On the other hand, residents of the locality asked MNA and MPA to help and stay with the family of Muavia.