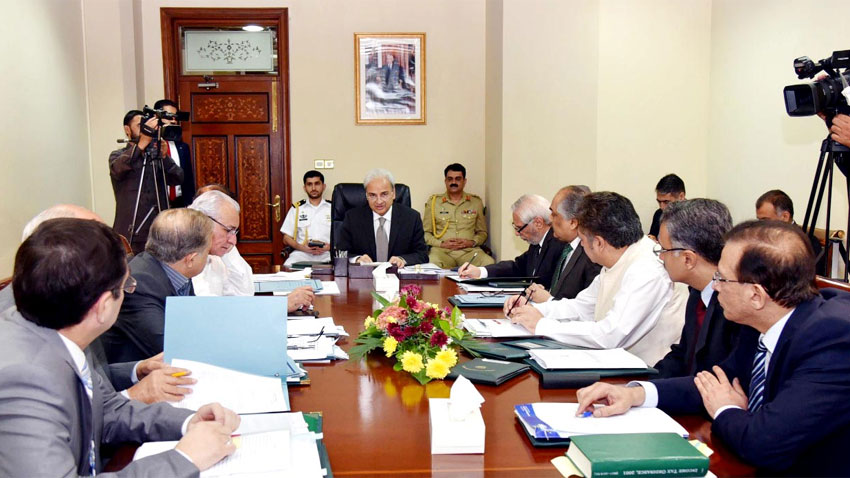 ISLAMABAD, Chairing a meeting to review progress on implementation of FATA Reforms in Islamabad today, Prime Minister Nasir-ul-Mulk  made a committee under the chairmanship of Law Minister to formulate a strategy for removing bottlenecks and making the merger process seamless.

Chief Secretary Khyber Pakhtunkhwa, Mr. Muhammad Azam Khan, made a detailed presentation on the implementation progress and pointed out various administrative, legal and financial issues that needed immediate attention to ensure smooth transition of the merger process after the passage of 25th Constitutional Amendment.

Briefing the meeting about the actions taken so far, the Chief Secretary said that the Agencies & FRs have been re-designated as Districts and Sub Divisions of Khyber Pakhtunkhwa province and the posts of Political Agents and Assistant Political Agents have been re-designated as Deputy Commissioners and Assistant Commissioners.

It was informed that with the abolition of Agency Development Fund, collection of all taxes/ levy and rahdaries has been stopped. The meeting was informed that draft plans for extension of judiciary, policing, prosecution and prisons service in the Tribal Districts have also been prepared.

While addressing the meeting the Prime Minister Nasir-ul-Mulk emphasized upon swift transition process in FATA to provide a sense of security to the people of the erstwhile tribal areas. He stressed upon the need for addressing the important administrative, legal and financial issues in this regard.

The Prime Minister observed that the merger of FATA into Khyber Pakhtunkhwa is a landmark development promising positive impact on addressing the development lag and bringing a marked improvement in the lives of the tribal people.

The PM directed the committee to complete its work at the earliest possible.