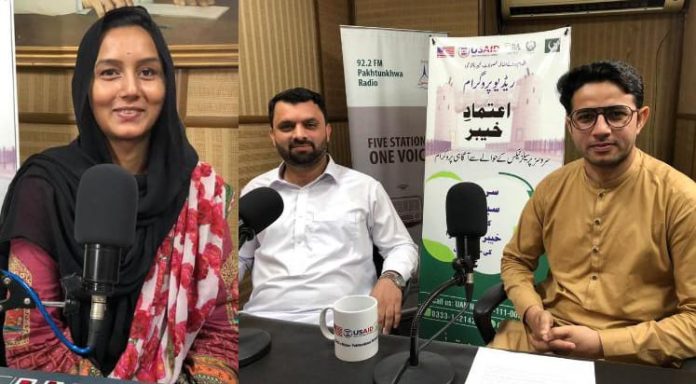 Khyber Pakhtunkhwa Revenue Authority (KPRA) officials said that filing of tax returns was aimed documentation of province’s economy and they have put in place an online system for filing of returns.

To spread awareness regarding the tax file returns, KPRA has launched a campaign with the assistance of the USAID funded KP Revenue Mobilization Programme (KPRM).

He said that tax returns helped with the economy documentation and also keeps the authority in picture of its tax collection.

Mr Imran said that taxpayers could use the authority’s online system to submit their tax returns. Similarly, he said that the returns could be submitted through mobile phone after accessing the KPRA website.

He said that taxpayers file normal returns on monthly basis and with payable tax on transaction made during the period.

Besides, he said that in case of not making a transection, a taxpayer files a null return. However, he said that there was third type of returns wherein a taxpayer has to file return for remaining amount after payment of tax.

He said that the tax returns needs to be filed with the authority by the 18th of every month while the sales tax on services should be paid by 15th of a month.

Mr Imran a delay of about 10 days causes imposition of Rs 9000 fine and Rs 300 per day in case of filing returns within 10 days after due date.

However, he said that in case of a holiday or weakened falling on last day, the due day will shift to the next working day.

Similarly, he said that the taxpayers can also file their returns through their lawyer or avail this service from the authority free of charge.

Mr Imran said that most of their taxpayers were filing their returns online, which also saved time for them.

H said that the a taxpayer is issued with notice in case of failing to file his returns  and in case of failure to respond to the notice he can face legal action from the authority which may include closure of his bank accounts and business.

Besides, he said that the non-filers even could face jail term.

However, he said that most of their taxpayers were filing their returns voluntarily.

Mr Imran said that they try to a non-filer; however, insistence on non-filing returns and paying tax could not invite legal consequences.

Besides, he said that a person owning two businesses will pay taxes under one registration.

He said that if owner of a hotel wanted to file returns, KPRA online system will show only those boxes which were relevant to him.