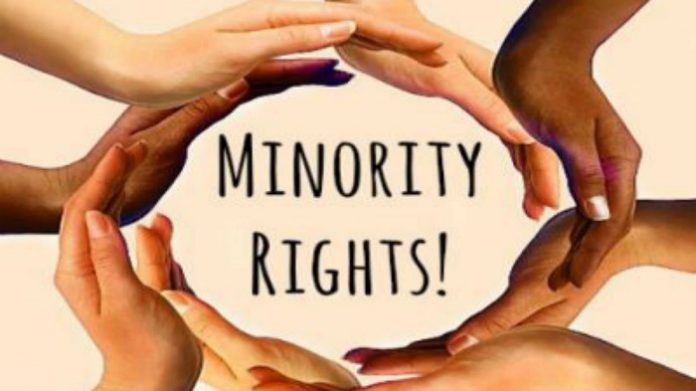 Aziqa, 30, a Christian woman, hailing from Peshawar has graduated with a misters in computer science from the University of Peshawar in 2015. However, Aziqa being caregiver to her mother Josephine Gul, a retired teacher, who was badly injured in All Saints Church suicide attack in September 2013, could not immediately apply for a job. When her mother passed away after four years, Aziqa started searching for a job.

“It has been four long years for applying for jobs, appearing in tests; however, without any luck,” she told TNN.

Powerful connections get you jobs

Aziqa said that she badly needed a job as it was very difficult to survive today’s inflation without one. “My father has also passed away and it is not possible to survive on my mother’s meagre pension,” she said.

Regarding the quota system, she said that those can pull strings mange to get through and those without connections were also without jobs.

She said that culture of safarish or having the backing of those in power was the biggest problems. “Even safrishis can get jobs of minority quotas and eligible candidates have nowhere to go,” she said.

Besides, she said that government employment process take considerable amount of time. If someone applies in March, the tests came in October or November followed by an interview. Aziqa said that she had applied for a KP Public Service Commission post and so far there was no information when the tests were going to take place for it,

Pakistani government has allocated five per cent quota in government employments for the minorities; however, minority members allege that this quota is not followed in letter and spirit.

Augustine Jacob, a minority rights activist belonging to Peshawar said that in many of the sectors, there is an urgent need to increase this five per cent quota.

He said that the quota in engineering and medical colleges fell too short of the community needs and many deserving students could not enter those professions. “It also leads to shortage for required numbers of candidates for minority quotas in jobs,” he said.

Besides, he said that in some departments also do not follow the five per cent quota as their high ups do not want minority members to occupy any position other than sanitary worker. “There is certain mindset that only a certain types of jobs suit minorities and they should not be entrusted with other responsibilities,” he said.

Mr Jacob said that minority families educate their children with great difficulty in this inflation. “They borrow money and work in other people homes just to educate their kids,” he said. However, he added when their children receive degrees, they could not land on jobs and these educated but broken youths start teaching in private schools for a pittance.

Mr Jacob said that he had taken up minority youths job quota issue at every forum and will continue to do so. “I have arranged press conferences on the subject on several occasions and held meetings with government representatives,” he said.

Mr Jacob said that the usual refrain from government officials said that no one applied for five per cent quota jobs and this claim was contrary to the facts.

According to National Census 2017, KP minority population stood with 200,000 souls.

Somia, (not her real name), another Chrisitian female said that a large number of minority youths were educated; however, only few of them have landed on jobs. She said that five percent quota was also proving to be hurdle in the way of youths to find a job.

“If there are 20 vacant seats in a department, then, only one of them falls in minority quota, similarly, five in 100 jobs which was next to nil,” she said.

Somia appeared in naib tehsildar exam in 2010; however, lacking sifarish and bribe, she could not get the post.

Safarish and bribe offer only way to secure a job

Somia said that an applicant had first should search for a good sifarish otherwise, should get bribe ready. “Lacking both sifarish and bribe, one cannot get a job,” she said.

She said that when posts of teachers in her native district in ex-Fata were advertised, she was asked for Rs 400,000 to Rs 500,000 in bribe. “I was told that you will get the job even if you fail the test,” she said.

“I am tired of applying for jobs and job ads are just formality as the vacancies are already be allocated to some blue eyed.

On the other hand, Yasir Bhatti, another Christian social activist from Peshawar said that quota system existed all over the world.

Bhatti said that the minority communities were deprived class. Besides, he said that the most of minority youths did not preferred professional degrees while many of those could not get into such degree programmes due to stringent admission requirements.

He said that a KP Public Service Commission website showed that jobs in agriculture and medical were available for minorities. However, he added that if minority youths do not have these degree in the first, then, there was no possibility of someone availing those positions.

Bhatti said that his own brother who holds a masters in computer science; however, was without a job. “Many other youths with masters’ degrees were without any job,” he said.

Special assistant to chief minister for minority affairs Wazir Zada said that minority youths have unprecedented jobs in the PTI tenure. He said that for many jobs, there were not eligible candidates were available.

Recently, appointment of 94 lecturers was in progress while for 27 ASI posts, not a single minority candidate passed the screening test, he said, adding that there were no candidate’s available for judges and engineers posts.

Besides, he said that government has allocated scholarhsips for the minority students and they will be given Rs 1 million upon completing PhD, Rs 200,000 on MPhil and Rs 100,000 for masters. “Soon minority youths will be on sitting on higher government seats,” he said.

On the other hand, Minority Rights Pakistan Chairman Radesh Singh Tony said that in the past Christian doctors were famous all over Pakistan. However, he said that due to religious discrimination and expensiveness of medical education, Christian families were unable to get their kids enrolled in medical colleges and these are days there are no Christians doctors left in KP.