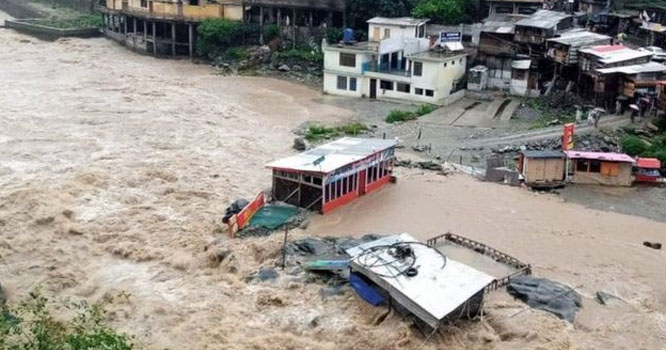 Pakistan economy has suffered losses worth US$ 10 billion due to the devastating floods, which have also killed over 1200 people and destroyed 5.5 million houses nationwide.

Federal Minister for Climate Change Sherry Rehman told NPR’s Steve Inkseep that nearly 72 districts were under water. “It’s just like one big ocean,” she said. She said that they were even finding it difficult to find dry patch of land to throw relief items from helicopters.  Ms Rehman said that the floods have affected more than 40 million people and for the first time they have mobilize Navy to help with relief efforts.

On the other minister for finance Miftah Ismail said that initial estimates put the damages at US 4 10 billion.

Similarly, the natural catastrophe has hit such a time when the country’s facing highest inflation in several decades and Pakistan is grappling with rapidly depreciating currency.

On the other hand, Intern Governmental Panel on Climate Change had earlier in 2021 warned about climate change impact on Himalayan glaciers, which were melting rapidly.

On the other hand, Ms Rehman told the NPR that recent floods have overtaken the Super Floods of 2010.

On the other hand, experts said that floods have destroyed thousands acres of farms and cotton crop, which has further damaged country’s agriculture base. Sindh, Punjab and Balochistan have badly suffered due to the floods and even it is likely to bring down country’s growth rate by three to four percent.