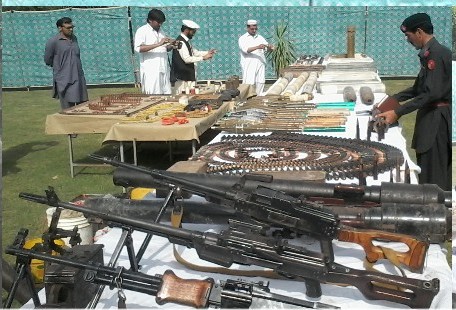 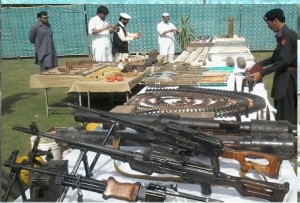 A Public Relations Officer in the province, Major Waheed, told media that the security forces conducted a raid on a tip off and arrested two people. They also recovered 40 missiles, 20 rockets, 20 hand grenades, 60 kilograms explosive material and two sub-machine guns.

He said they had started interrogating the arrested people.