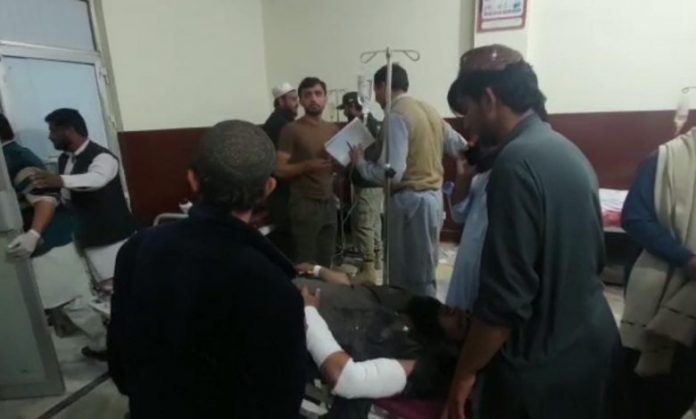 Four police personnel were martyred and two others were wounded when unidentified motorcyclists ambushed the motorcade of Tank tehsil chairman Saddam Hussain Betani in the Kandian area of the district.

Mr Betani; however, escaped unhurt in the attack.

The critically wounded were later referred to the Dera Ismail Khan hospital for want of necessary facilities and doctors at the DHQ Tank.

Following the attacks, annocuments were made from area’s mosques for chaga or pursuit parties to haunt the attackers; however, they managed to escape the area in the cover of darkness.

At this occasion, the officials offered Fateha for the departed souls and placed floral wreaths at their coffins.