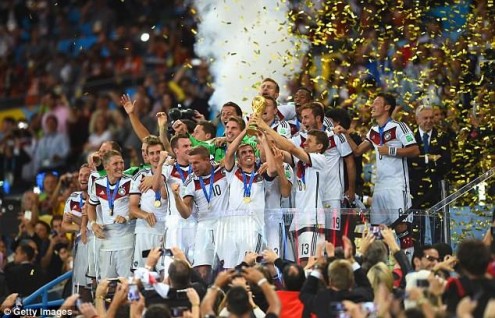 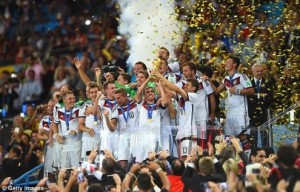 PESHAWAR, July 14: Germany has defeated Argentina 1-0 and lifted the World Cup trophy for the fourth time.

A thrilling final match of the soccer World Cup was played Sunday night at Rio de Janeiro’s famous Maracana Stadium in Brazil. The contest reached the extra time when no team could poll a goal in 90 minutes.

Mario Gotze scored the single goal to uplift his team in the champion category in extra-time. Up to 80,000 viewers watched the match in the stadium while FIFA reported that more than one billion people watched the match on their television sets.

Germany is the first European team in history to win greatest prize of soccer on South American soil.