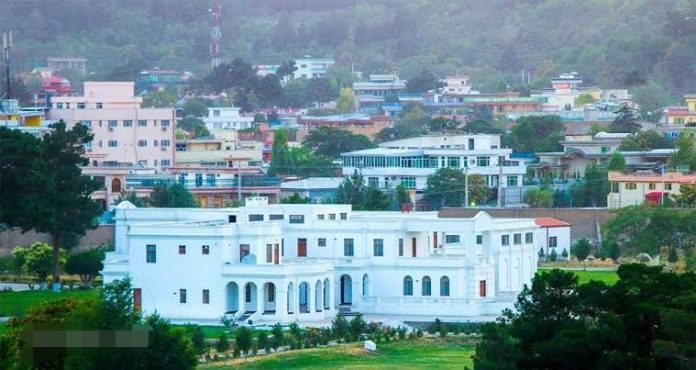 The compound of Pakistan mission in Afghan capital Kabul came under attack on Saturday which left a guard injured.

“The compound of the Embassy of Pakistan in Kabul came under attack today targeting Head of Mission, Ubaid-ur-Rehman Nizamani. By the grace of Allah Almighty, the Head of Mission is safe. However, a Pakistani security guard Sepoy Israr Mohammad has been critically injured in the attack while protecting the Head of Mission,” Foreign Office said in a statement.

The statement said that government of Pakistan strongly condemns the assassination attempt against the Head of Mission and the attack against the embassy compound in Kabul.

It said that the Interim Government of Afghanistan must immediately hold thorough investigations in this attack, apprehend the culprits, hold them to account, and take urgent measures to ensure the safety and security of Pakistani diplomatic personnel and citizens in Afghanistan.

On the other hand, diplomatic sources said that the guard has sustained three bullet injuries and has been shifted to hospital.

They said that there was no less public around daily to weekend on Saturday.

The sources said that the Pakistani head of mission and other diplomatic staff was being recalled to Pakistan for the time being.

On the other hand, Prime Minister Shahbaz Sharif condemned the incident.

“Just spoke to Ubaid Nizamani, Pakistan Head of Mission, Kabul. Relieved to hear that he is safe. I expressed solidarity of government and people with him, while assuring full support and assistance to him and mission on all counts. I also conveyed prayers for swift recovery of brave security guard,” the Premier said on Twitter.

Mr Ubaid ur Rehman Nizamani had joined the Embassy of Pakistan, Kabul, as Head of Mission earlier on November 4 this year.