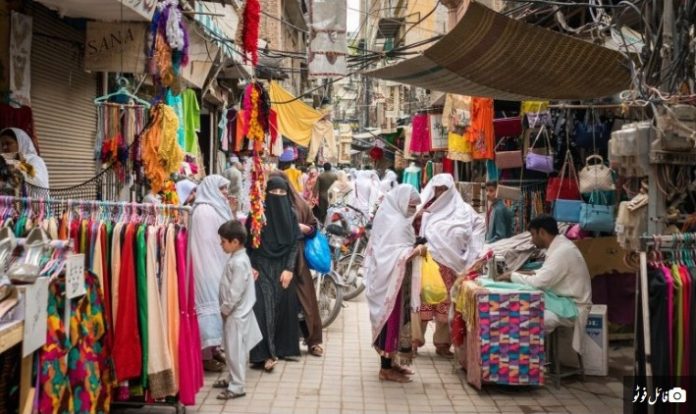 As my friend and I tried to navigate the interior city’s narrow lanes, clogged with Eid shopper, someone catcall us.

“Come here darling, what you want to purchase,” the shopkeeper said.  We had just crossed the Meena Bazaar to enter the tightly packed Shaheen Bazaar. I spotted a 20 something boy, catcalling us from his shop. When I gave him a cold stare, he abruptly asked me to take whatever I like from his shop without any cost.

I flew into rage, after hearing him again and tried to grab the chair on which he was standing. He stepped back and meanwhile some other people came between us to rescue him.

While I was seething with a rage at that moment, another women standing behind also erupted into anger, beseeching to take the goon to the task, as he was catcalling at her and her daughter as well.

The spat also attracted a large number of spectators and some of them gave the boy an earful while others asked us to forgive him.

Harassment of women at public places was a never ending nightmare for them. Even during my stay in US, a friend told me that women face harassment everywhere and it was something specific to Peshawar.

My friend was of the view that if harassers catcall women in Pashtun society, then in developed countries they used more sophisticated means to harass women.

Unfortunately, the law has failed to restrain the harassers. On the other hand, harassers even did not consider their acts as harassment; rather, considers is funny.

However, only the victims knew that how badly such acts of harassment affect them.