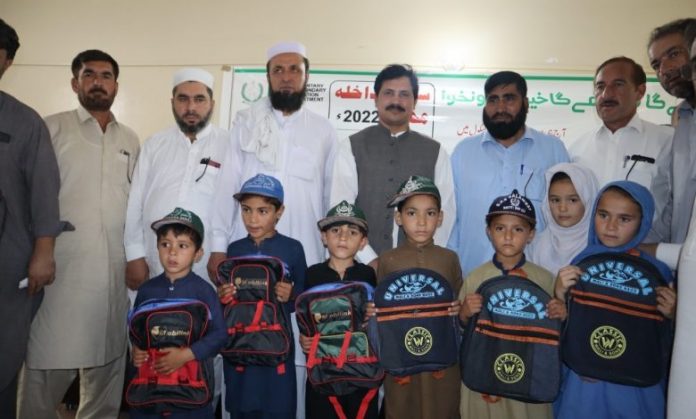 A large number of female teachers of the community schools operating under the Khyber Pakhtunkhwa Elementary and Secondary Education department (KPESED) in Lower Dir district without pay for past one year.

At the same time, thousands of students studying in government schools are also without books for the new academic year at a time when authorities have started the school enrollment drive.

Several teachers told TNN that hundreds of basic education community schools were operating in Malakand division under the education department control. However, they said that hundreds of female teachers working at these schools have not paid their salaries for about a year.

They said that they were facing serious problems due to the non-payment of their salaries.

The teachers have also threatened to take to the streets if their issues were not resolved within a week.

Similarly, sources said that thousands of students working in these community schools have also not been provided course books for new academic year, which has also casting doubts over the students’ future.

On the other hand, locals have demanded payment of salaries to these teachers and provision of books to the students.

At the same time, Lower Dir education department has launched the admission campaign and set a target of enrolling 12,000 children into schools.

A large number of students, teachers and other locals took part in the walk. The participants were carrying banners and placards inscribed with slogans about importance of education.

The DC and other officials at this occasion distributed school bags among the students and entered their names in schools register. They also asked the locals to play their role in making this campaign a success.

In his speech, DC Lower Dir explained the importance of education. He said that education department has hired 1,000 teachers in the district and 920 of them were hired at primary level.

Besides, Mr Niazi directed the officials to launch enrollment campaign at tehsil and sub-division level and take the local elders onboard in such schemes.

He said that KP government was distributing free textbooks; therefore, parents should enroll their children in government schools.

Mr Niazi said that officials of education department and teachers can contact him regarding any issue they were having.

Tehsil Nazim Irfanuddin also spoke at this occasion and asked religious scholars to raise this issue in their Friday sermons.