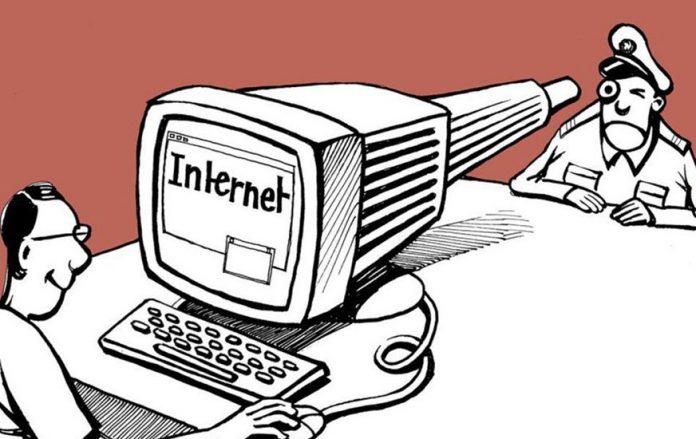 Journalists in Pakistan routinely come under attack at both physical and digital spaces. Blocking accounts and removal of content from digital media is the most emerging threat to journalists in recent years.

The twitter account of Tahir khan, editor of National News Agency (NNI) was blocked in 2020 when he tweets a picture of murdered American citizen in Afghanistan and wrote down his thoughts about him. A few days later, after that tweet was removed, that account was restored.

This threat is not limited to journalist’s personal accounts but many news websites also experienced blockage in Pakistan due the published news stories. Recently. in November 2022, the website of online Fact Focus was blocked in Pakistan after it reported an alleged increase in family wealth of former General Qamar Javed Bajwa. After a couple of days, the website was unblocked.

On September 22, 2022 the Pakistan Telecommunication Authority (PTA) has blocked over 1.1 million URLs/links running campaigns against state institutions and posting illegal content online. Of these, 1,135,814 have been blocked. The PTA has marked 878,300 links (around 78% of the total URLs blocked) as others/miscellaneous. Around 113,000 Facebook links have been blocked as part of the campaign followed by 63,632 TikTok accounts. A total of 36,138 YouTube links have been blocked while the number of Twitter links blocked is 31,870.

This blocking is not new in Pakistan, the routes are deep. In reaction to a competition to design pictures of the Prophet Muhammad Peace Be Upon that was widely publicized on the social networking site, Pakistan blocked Facebook and other websites in 2010. YouTube, the widely used video sharing platform was banned from 2012 till 2016.

The majority of the blocked content believed to be a danger to national security, pornography, and religious content deemed blasphemous.

According to the report by Media Matters for Democracy, in 2019, the government sent 5773 contents of journalists to social media companies and requested to remove it while in 2020, they sent a total 1341 contents of journalists and requested them to be removed from social media. 5512 contents removed in 2019 and 1058 contents removed in 2020 by social media companies. The report also consists of the data of blocked websites in the same year with a total number of 900000 in 2019 and 980000 in 2020.

Abdul Wahid, regional coordinator of Pakistan Telecommunication Authority (PTA) from Multan said that PTA does not have details of the number of blocked accounts. He said that as per the policy of the government of Pakistan, PTA can block any anti-state or Anti-Islamic content from the internet.