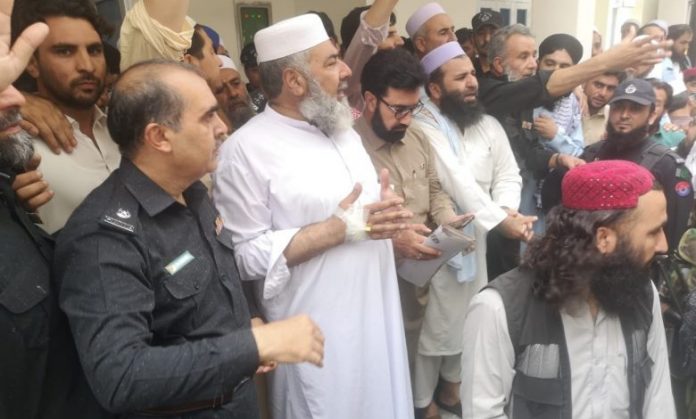 Haji Syed Bacha, Khar tehsil chairman and Jamiat Ulema-e-Islam Bajaur’s deputy amir was injured in a roadside bomb attack in Salarzai area along with three other associates on Monday.

Source said that the blast took place in the Chinar area of Salarzai tehsil, which badly damaged the vehicle Mr Bacha was travelling in.

Local police said that the blast took place around 9pm when Mr Bacha was returning from a funeral along with his other associates, when the roadside blast targeted his vehicle.

Police said that the blast badly damaged the vehicle.

There was no immediate claim of responsibility.

However, JUIF three activists have been targeted in Bajaur in the recent past and outlawed terrorist organization Islamic State Khurassan has claimed responsibility for these attacks.