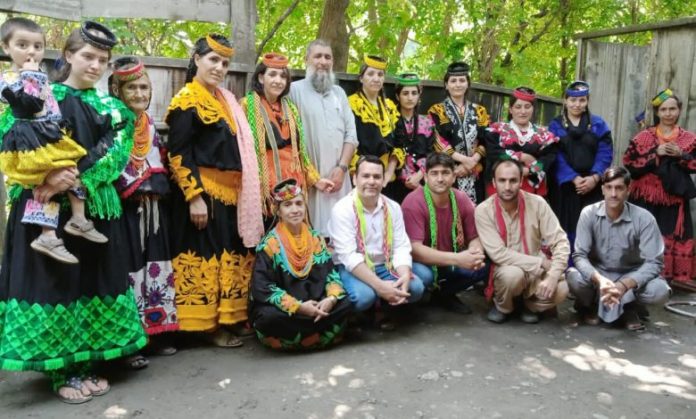 Hailing from Birir, one of the three Kalash valleys, Moi Korela met her family after 32 years. She had shifted to Greece after marrying a Greek national.

Locals told TNN that Ms Korela had returned to her parents with her two sons and a daughter; however, her husband had died about five years ago.

Her visit was made possible by a local philanthropist Taleem Khan, who funded her trip to her family.

Locals said that the family was overjoyed after being reunited after a long gap of 32 years and almost all of them were in tears after seeing each other.

Her parents and other locals warmly welcomed Ms Korela and her children on their arrival at the village.

Ms Korela thanked the Taleem Khan efforts for making her visit to her hometown possible. She said that I had lost all hope of seeing my parents.

“Taleem Khan made this possible,” she said.

It is worth mentioning here that some legends link the Kalash living in three valleys of Lower Chitral district to the soldiers of the Alexander the Great who were somehow left behind during his Indian campaign.