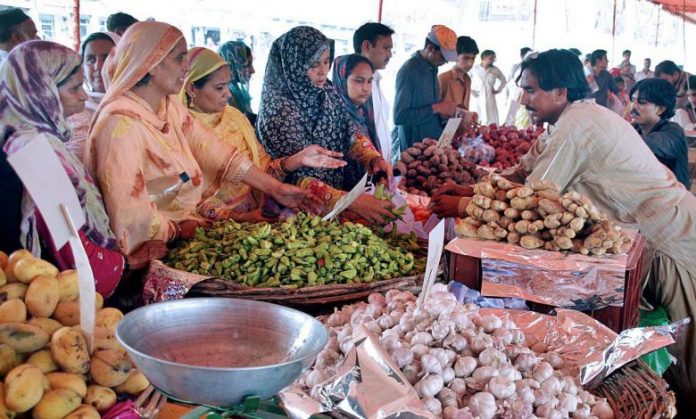 A local organization in Karak district has barred women unaccompanied by male relatives from visiting bazaars.

This is second such decision of its kind in the province after a local jirga had imposed ban on women visiting bazaars sometimes back.

Local sources said that decision to ban from visiting women from bazaars was made in a meeting of Kattak Qaumi Ittehad which took place in Karak city.

The meeting agreed the crimes were on the rise due to the women’s visit to the bazaar.

KQM’s president Mudassir Ayub said that women frequently visit clothing, shoes and cosmetics shops in Karak bazaar. He said that many of these traders have installed curtains at their shops and women shoppers could be seen sitting behind the curtains for hours and chatting with traders.

“This is badly affecting the society,” he said.

Mr Iqbal said that they were trying to ensure that whenever women visit bazaars, they should be accompanied by male relatives.

He said that females of those families who have no male relatives, should be accompanied by an elderly woman and should be fully veiled,” he said.

Shah Jehan Haqqani, a local religious cleric said that Islam has forbidden women from venturing outside of their homes. “Even those going out for something allowed by Sharia, should be fully veiled,” he said.

Sadia Naureen, a local female said that this was right step and it was good to have family member during the visit to bazaar to avoid any problem.

On the other hand, many of the shopkeepers said that such a decision will badly affect their business. “Most of the shops pay Rs 20,000 to Rs 30, 000 in rent alone and if customers were not allowed to bazaars then how we are supposed to meet our expenses,” they said.

He said that the lack of employment opportunities forced them to invest all their saving on setting up this business and banning women entry into bazaar will ruin them.

He said that they would not allow anyone to ban women from entering bazaars as both the males and females were equal before the law.

DPO said that women were free to go to bazaars; however, added that the district administration will play its role in preventing obscenity.