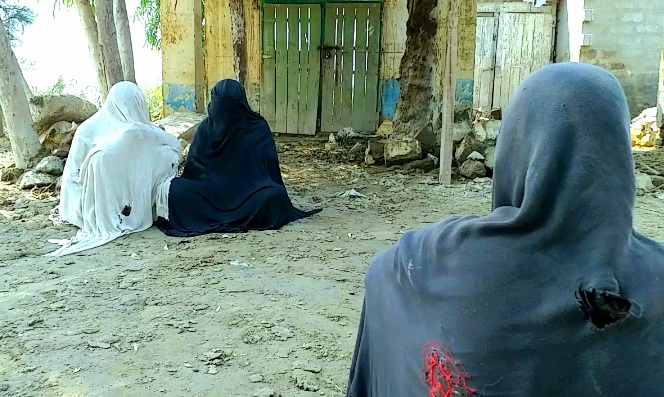 Bahadur Khan has jotted down details of all affected persons in a register which he opens and starts complaining in front of officials visiting the Khesghi refugee camp.

Kheshi Afghan Refugee camp is located in Khesghi area of Nowshera district, where these days, the camp occupants could be seen collecting their valuables from debris of their homes.

On the other hand, where officials are visiting flood affected areas and relief aid is being distributed among the affectees, no one has listened to the complaints of the occupants of this refugee settlement.

This camp comprises nearly 250 houses and at least 55 of them have been completely demolished due to the floods. Three to five families are living in a single house, Bahaduar Khan told TNN.

However, the UNHCR has provided tents to the flood affected people of the camp.

Mr Khan said that refugees were unable to bear the sweltering heat of the camp. “We desperately need clean drinking water and solar power,” he said.

Mr Khan said that they also need money to rebuilt the damaged or destroyed households.

Similarly, those refugees who are currently living in tents said that they spent their days in tree shade. However, they said that nights were particularly hard on them due to the mosquitoes and other insects while at the same time skin infections and other illnesses were spreading among children.

The flood has also affected the women of the refugee camps. Naila, a refugee woman told TNN that their makeshift house was lost to the flood. “It also damaged or destroyed whatever we had gathered for the marriage of our daughter,” she said.

She said that they were spending their days and nights in trees shade.

Besides, she said that their children were going on empty stomachs due to absence or very small amount of ration available.

Ms Naila said that the women were facing great problems in the camp.

She said that they have not received any ration for past two days and have to ask their neighbors for food.

However, at the same time when the refugees are picking valuables from the rubble of their houses, they have also pinned their hopes on authorities for reconstruction of their houses.

Roshan Khan, a refugee said that he was living with his three married sons in a six room house. He said that they rushed out of their home due to commotion in the area and sometimes later the raging torrents washed away their house.

“We escaped with whatever on us,” he said.

However, he said that now they were worried about the rebuilding their house. Even my sons are not going for work for past many days, he said.

Qaiser Khan Afridi, an official of UNHCR said that the floods have affected 420,000 refugees across the country. Mr Afridi said that they have provided tents, kitchen utensils and edibles to the refugees.