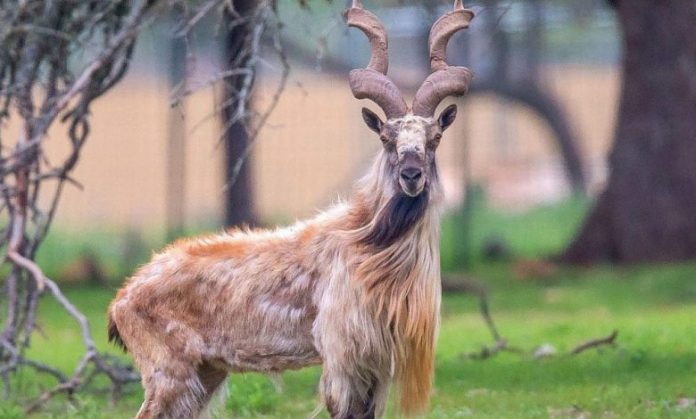 The price of markhor trophy hunting license has increased by 566 percent, since the initiative has been launched in 1998.

Figures shared by the KP Wildlife and Forestry Department showed that so far 82 markhor hunting licenses in the province at the cost of US 6.1 million dollars. Three of the licenses issued in KP are for Chitral district while fourth one is for Kohistan district.

Officials of KP Wildlife department said that four licenses are auctioned in the first week of November every year. The permit holder has to hunt the markhor within next four months, starting from December 1 till March 31. No licenses are issued during rest of the year.

Is the hunter allowed to fire only once at the animal?

KP Wildlife department officials said that international trophy hunting license is valid for two years and if the hunter fails to hunt the animal in the first year, then, he can try in the next year as well. Trophy hunting rules allow the hunter to the fire for the second time if he misses the animal. In case of the injuring an animal, the hunter tries to catch the wounded animal as in case of failure to catch his prey, he is not allowed opening fire on another animal.

Trophy hunting licenses are issued for Toshi-I and II and Gahiret conservancies in Chitral while Kaigah forest in Kohistan in case of KP. In 1998, for the first time three licenses were issued for trophy hunting; however, the number was later increased to four the next year.

About 80 percent of the proceeds of trophy fee go to local communities while 20 percent goes to the government. Besides, trophy hunting animals of more than seven years old is allowed

In 2008, an American woman also hunted a markhor.

The number of markhor had dropped to 500 due to poaching, therefore, the trophy hunting initiative was launched to ensure conservation of the animals with the consultation of the local communities.

The trophy hunting scheme has proved to be a success and the number of animals had gone up to 2,686.

In  2013, KP’s the then minister for wildlife Ibrar Tanoli illegally hunted a markhor; however, the department registered an FIR against him.